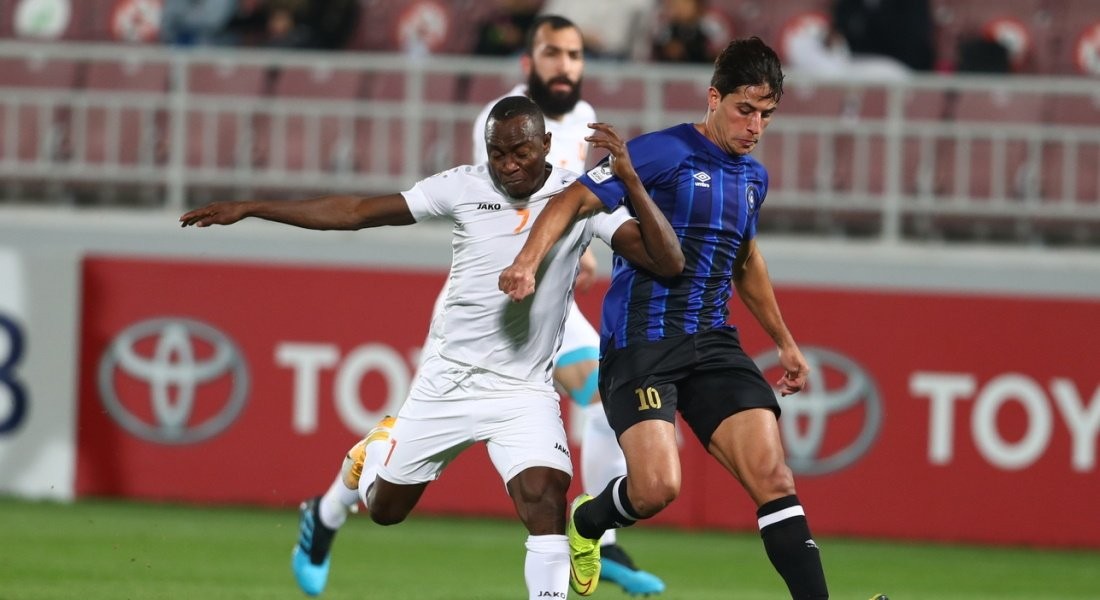 Umm Salal held Al Sailiya to a fighting 1-1 draw in Week 10 of the 2020-21 season QNB Stars League at the Al Duhail Stadium on Tuesday.

Al Sailiya and Umm Salal have 12 and nine points respectively.

The match produced an exciting battle early on. In the fourth minute, Lawrence Quaye of Umm Salal drilled a shot towards the Al Sailiya goal, but his shot was deflected by Mostafa Mohamed stationed in his own box. The deflected ball trickled towards Kayke Rodrigues, who lunged to tap the ball in, but Al Sailiya’s experienced keeper Claude Amine reached the ball first and killed the dangerous move.

Two minutes later, Ismail Mahmoud of Umm Salal clipped in a calculated cross, but Kayke was beaten by the speed of the ball and could not connect from close range.

By a stroke of luck, Umm Salal got the lead early in the game. Omar Rabah charged into the Al Sailiya box and fired a powerful shot that was blocked by keeper Amine. And the ball landed a few feet away from him. In an effort to clear the ball, Al Sailiya defender Mostafa Mohammed produced a sliding move that resulted in the ball hitting Amine before going into the net.

Six minutes on, Al Sailiya’s Abdulqadir Ilyas, under pressure from defenders Roozbeh Mohammed and Ismail Ebrahim, tried to deflect a chest-high ball but could not find pace on his shot a few feet away from Umm Salal goallline.

On the half-hour mark, Al Sailiya’s Under-23 player Ahmad Sebaie picked out Mohanad Ali with a slick long-range cross from near the halfline. Mohanad arrived in the Umm Salal box with good timing to tap the ball in, but lacked a bit of pace.

Two minutes into the second half, Al Sailiya pulled off the equaliser. Ilyas, after a brief tussle with Roozbeh near the corner flag, slipped in a neat cross for an unmarked Tiago, who curled in a spectacular shot taken from the edge of Umm Salal box.

In the 85th minute, Roozbeh blocked a snap-header deflection from Ilyas. With the ball heading into the empty net, he lunged forward and cleared the ball much to the delight of Umm Salal fans.

Two minutes later, Umm Salal’s Mahmoud fired a bullet, with ample space to pick his angle, but his hurriedly-taken shot went wayward as the game petered out to a 1-1 draw.