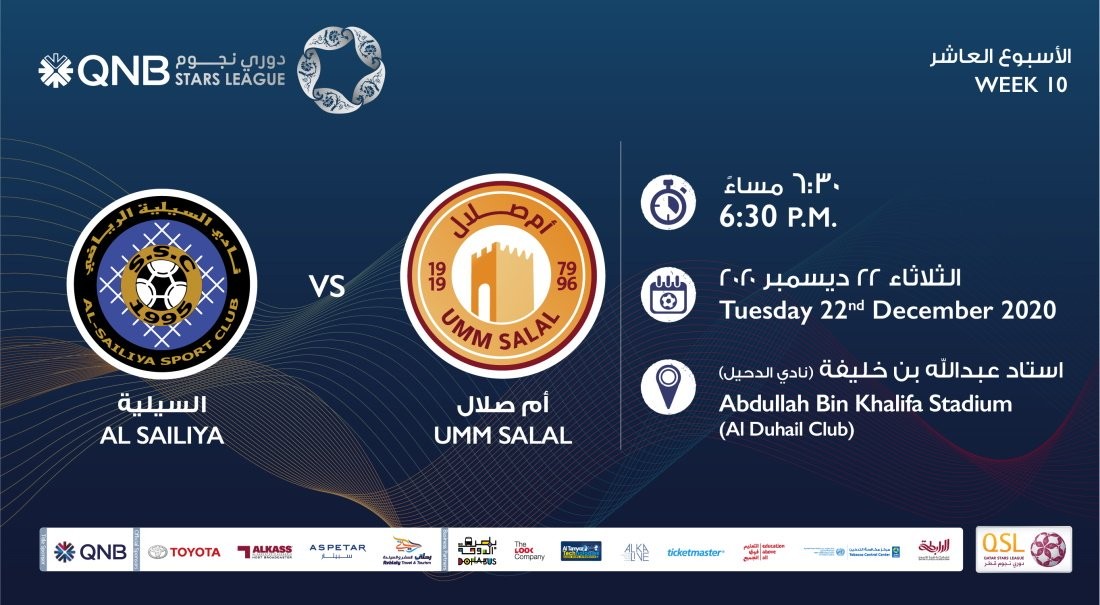 Al Sailiya are having a roller-coaster ride this season. Sami Trabelsi’s men had upset defending champions Al Duhail 2-1 in Week 8, but they crashed to a 1-3 loss to Qatar SC in the last round.

Al Sailiya are placed seventh with 11 points. The Peregrines have three wins, two draws and four defeats against their name with a goal difference of -5 (12 goals for and 17 against).

Umm Salal, meanwhile, go into the match on a confident note as they have improved their position to ninth with eight points after being the basement side for some time. The Orange Fortress are unbeaten in two games (defeated Al Kharaitiyat 1-0 in Week 8 and drew 1-1 with Al Rayyan in Week 9).

Aziz Ben Askar-coached Umm Salal have two victories, as many draws and five defeats with a goal difference of -8 (five goals for and 13 against).

The Orange Fortress will also be keen to garner as many as possible in their bid to further improve their position.