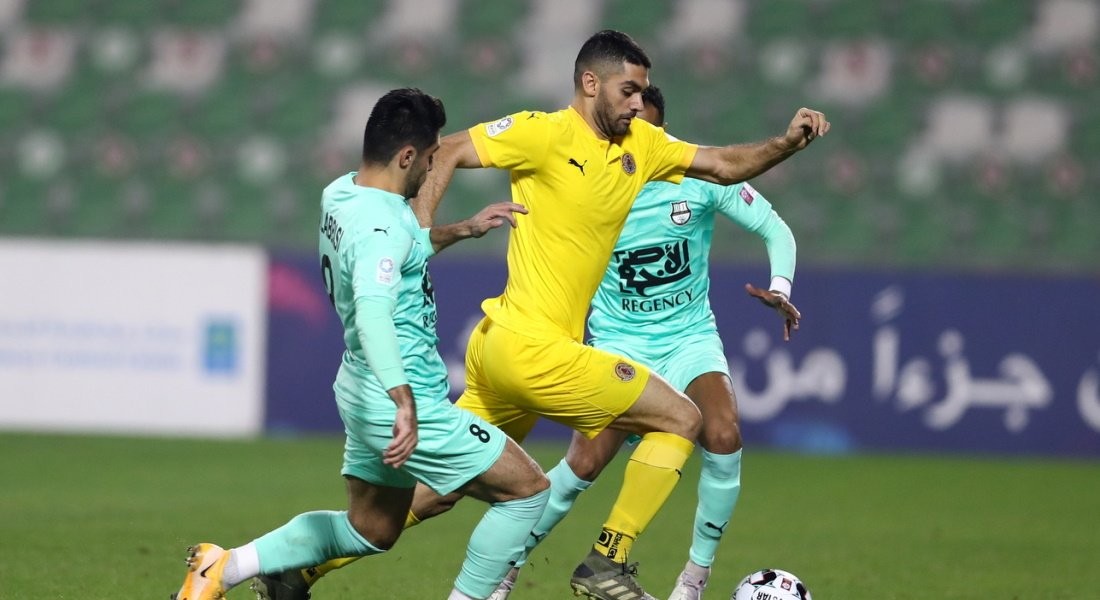 The Qatar Clasico between Al Rayyan and Al Sadd highlighted the 2020-21 season QNB Stars League’s Week 10 action held on 22nd and 23rd December. A total of 20 goals were scored. There were two high-scoring matches and only one game ended in a draw. All teams, with the exception of Al Rayyan and Al Wakrah, managed to score goals.

Al Sadd asserted their supremacy over Al Rayyan with a 1-0 victory in the high-profile Qatar Clasico, which tops the list of signature matches of QNB Stars League. Ace striker Baghdad Bounedjah scored the all-important goal as The Wolves increased their lead on top with the second-placed team from six to seven points. It was Al Sadd’s ninth victory, the most by any team, and they remained the only unbeaten side as well.

Al Rayyan stood sixth with 13 points despite their third defeat.

Al Gharafa regained the second position with a 1-0 victory over Al Wakrah. The Cheetahs have 21 points following their seventh victory, while Al Wakrah remained in eighth position with 10 points despite their sixth defeat.

Al Ahli slipped to third place as they stood on 19 points after their 1-4 loss to Qatar SC, who completed five victories in a row and sixth overall. The Kings, however, slipped from fourth to fifth position as they tied with reigning champions Al Duhail on 18 points and goal difference (+8).

Al Duhail, who defeated Al Khor 6-1 for their sixth win, scored 21 goals and conceded 13 as against Qatar SC’s 17 goals for and nine against.

Al Khor slipped one place to 11th with seven points after their fifth loss.

Al Arabi did well in defeating Al Kharaitiyat 3-1 and The Dream Team improved their ranking from 11th to ninth with nine points following their second victory. Al Kharaitiyat remained at the bottom with six points after suffering their eight defeat.

In the other fixture, Al Sailiya and Umm Salal played out a 1-1 draw. Al Sailiya remained in seventh place with 12 points, while Umm Salal fell from ninth to 10th with nine points.