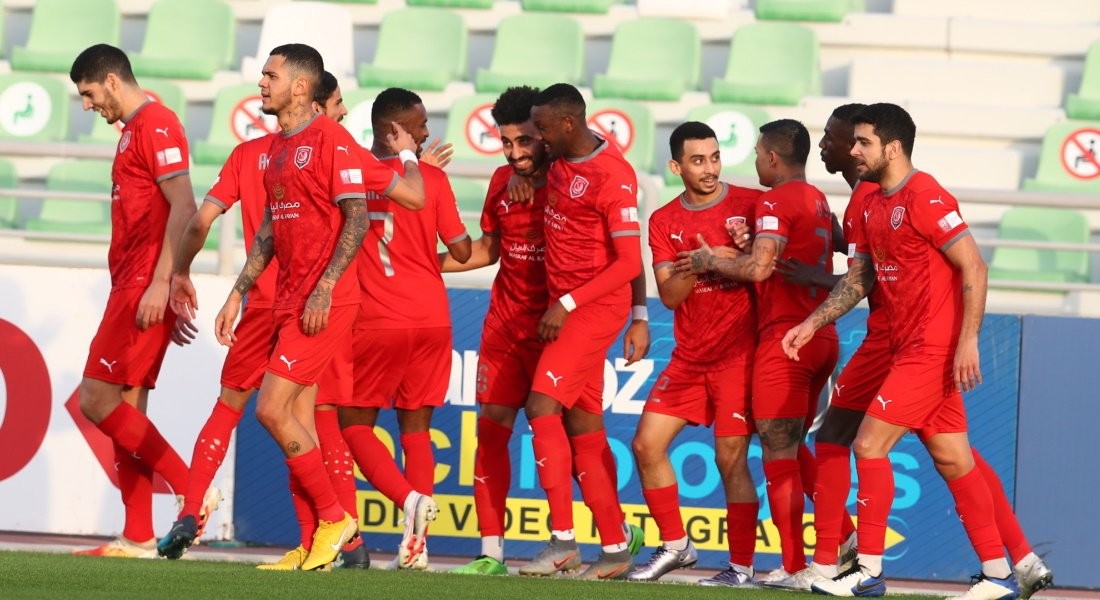 Fans barely took their seats when Al Ahli opened the scoring through Al Khalfan, who was completely unmarked. After a couple of short passes among team-mates, El Zhar chipped in a cross for Al Khalfan. The young Al Ahli player jumped high in the air and easily sent the ball into the net with defenders Mohammed Moosa and Ismail Mohammed out of position to stop the move.

Three minutes later, Al Duhail found their equaliser through Rodrigues. Khaled Mohammed found Rodrigues with a short pass on the far right of the pitch. Rodrigues ran for some 10 yards with the ball and close to the edge of the box, he curled in a fast-paced flick that took keeper Yazan Naim by surprise.

Three minutes later, Rodrigues assisted with a perfectly-taken long-distance free-kick that sailed above the wall on the edge of the Al Ahli box before dipping a little away from the goalmouth. Yasser followed the dipping ball and deflected the ball on the volley with Yazan Naim out of position. The ball went into the net as Al Duhail celebrated their second goal inside three minutes.

It was 3-1 for Al Duhail as Edmilson, on a long loopy cross from the flank, managed to deflect the ball into the net a few yards away from the Al Ahli keeper who was rooted on the goalline.

Al Duhail jumped to a 4-2 cushion in the 56th minute when Almoez scored after a series of slick passion. Al Duhai’s Karim Boudiaf, stationed close to the Al Ahli box, slipped in a cross to Mohammed who was on the right of the pitch. From the flank, Mohammed curled in a cross for Almoez who clipped the ball into the net on the volley.

El Zhar added his second of the match on a loopy cross from half of the pitch by Mohammed Diame. Despite being chased by a defender, El Zhar calmly slotted the ball past the keeper.

Muntari, who replaced Almoez in the 75th minute, added one more from close range for Al Duhail to complete a 5-3 win.