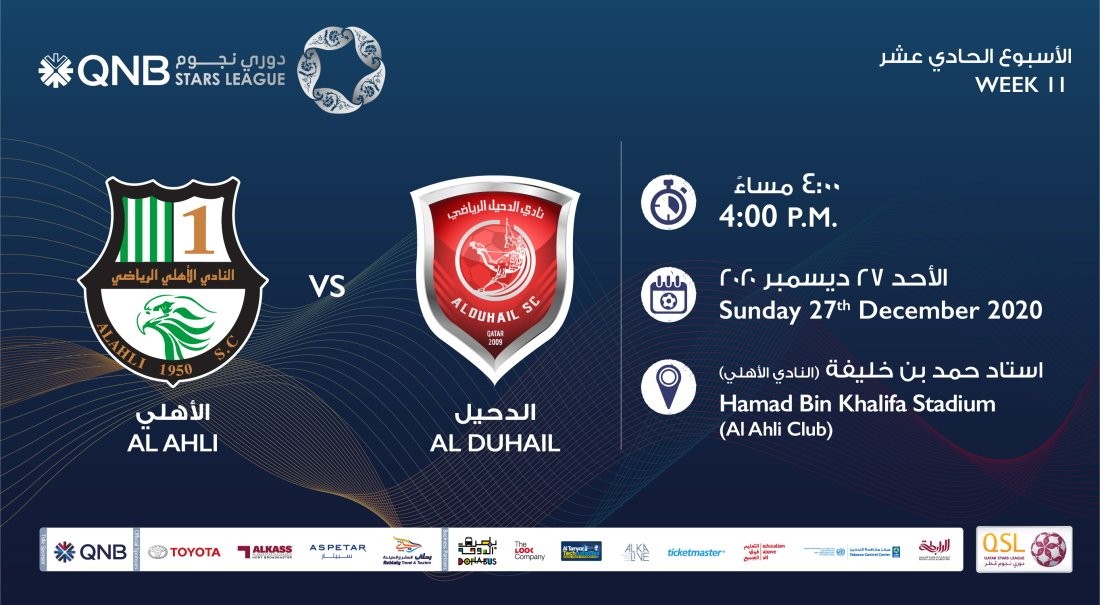 Al Ahli will be looking to regain the second place in the standings, which they lost to Al Gharafa following their loss (1-4) to Qatar SC in Week 10.

Nebojsa Jovovic-coached Al Ahli, who led the standings early in the tournament, have 19 points (six wins, one draw and three defeats with a goal difference of -3 (14 goals for and 17 against).

Reigning champions Al Duhail stormed into the top-four group with 18 points after beating Al Khor (6-1) in Week 10. The Red Knights tied with Qatar SC on 18 points and goal difference (+8), but were placed above having scored more number of goals.

Al Duhail scored 21 goals and conceded 13 as against Qatar SC’s 17 goals for and nine against.