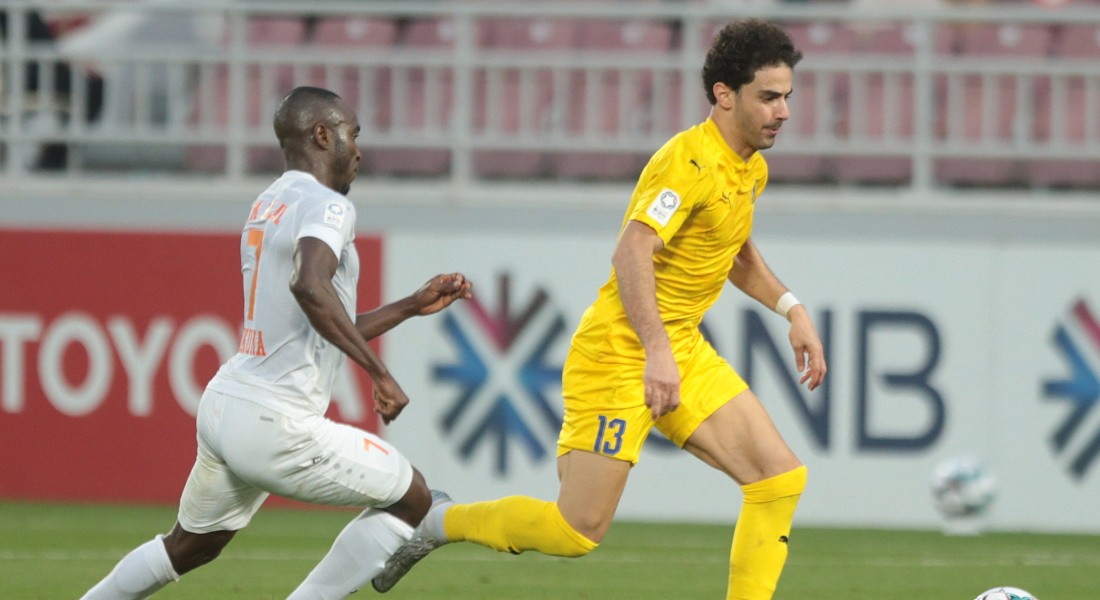 Al Gharafa drew 1-1 with Umm Salal in Week 11 of the 2020-21 season QNB Stars League at the Al Duhail Stadium on Monday.

Sofiane Hanni opened the scoring for Al Gharafa by converting a penalty in the 12th minute, while Kayke Rodrigues equalised for Umm Salal in the next minute of the hard-fought match.

Al Gharafa showed intent early on attacking Umm Salal from the first minute. The former champions even won a corner kick in the first 40 seconds.

Al Gharafa continued with an attacking game and Jonathan Kodjia broke into the Umm Salal box in the sixth minute. Kodjia, who dominated throughout the match, fired a bullet from close range, but his shot was blocked by keeper Baba Malick. Kodjia managed a repeat attack in the ninth minute and this time his shot went to the left of keeper Malick.

Al Gharafa opened the scoring off a penalty. Ahmed Alaaeldin charged towards the Umm Salal box despite being under pressure from Aymen Abdennour. Just as he entered the box, Umm Salal keeper Malick stepped out and produced a sliding tackle that brought down Ahmed Alaaeldin.

The referee pointed to the spot and Hanni converted the penalty.

Pat came Umm Salal’s reply. Adel Alawi clipped in a neat cross for Rodrigues who arrived with perfect timing to deflect the ball on the volley from close range as Umm Salal fans celebrated the equaliser.

Al Gharaafa’s Homam Elamin, after sneaking into the Umm Salal box from the far right, unleashed a shot that was saved by keeper Malick in the 22nd minute.

In the 28th minute, on a long cross from Yousef Muftah, Kodjia volleyed towards the Umm Salal net in spectacular fashion, jumping high and then firing a powerful shot that was blocked by keeper Malick.

In the 49th minute, Al Gharafa skipper Othman Al Yahri curled in a beautiful shot a few yards away from the Umm Salal box, but keeper Malick dived to his right to collect the ball. Al Gharafa’s star striker Kodjia – in an attempt to break the deadlock – went long-range on a powerful shot that sailed past the goalpost to the left of keeper Malick in the 65th minute.

Eight minutes later, Umm Salal’s Abdennour Belhocini produced a curling shot off a free-kick. The ball sailed above the wall and keeper Yousef Hassan palmed the shot over the crossbar.

In the 80th minute, Umm Salal were reduced to 10 men when Ismail Ebrahim brought down Homam with a rough tackle. It was Ismail’s second yellow of the match – he had received his first in the 58th minute.

On the resultant free-kick, Homam curled in a long-range shot that got a thin deflection from Kodjia, who jumped high inside the Umm Salal box. The deflection slipped past the goalpost to the left of keeper Malick.