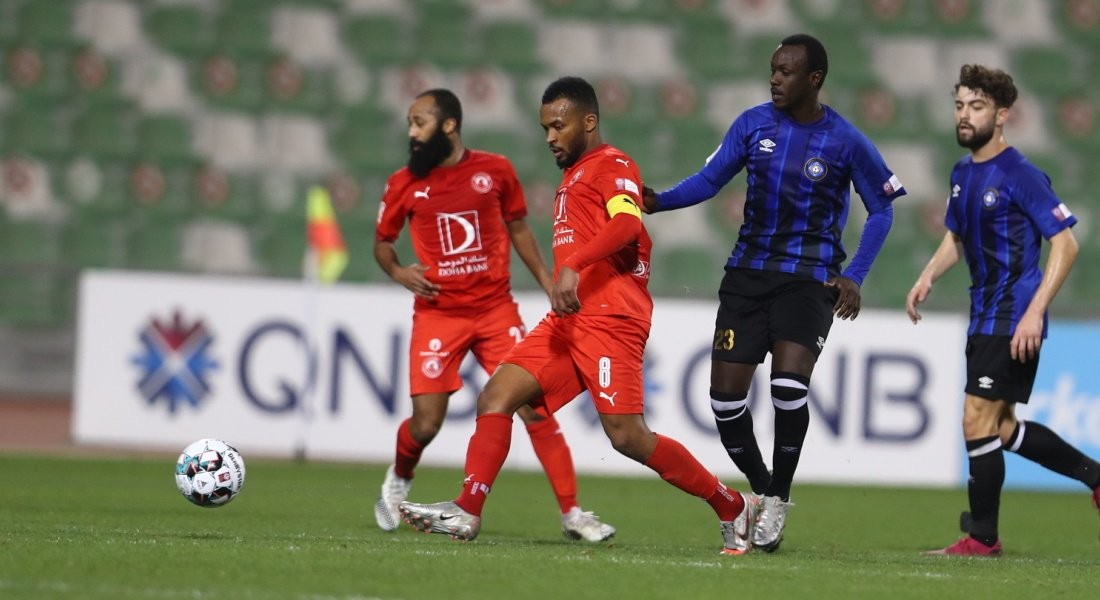 Mehrdad Mohammadi scored the only goal of the match in the 43rd minute as Al Arabi took their tally to 12 points with their third victory.

Al Sailiya remained on 12 points after suffering their fifth loss.

In the third minute of the hard-fought clash, Al Arabi skipper Ahmed Fathy failed to control a powerful shot from the edge of the Al Sailiya box, but the ball sailed away to the left of the keeper, missing the goalpost narrowly.

In the 16th minute, Al Sailiya’s Mohammed Mudather unleashed a powerful shot from outside the box, but the ball caught a slight deflection as keeper Mahmoud Abunada ended the move with an easy collection.

Al Arabi’s Abdulaziz Al Ansari broke free of his marker and charged into the Al Sailiya box in the 26th minute. Close to a goalpost, Al Ansari tried to chip in a cross, but Al Sailiya’s Serigne Mbodji put in a sliding dive to block the move.

On the half-hour mark, Mudather fired a spectacular shot that narrowly missed the Al Arabi crossbar.

Three minutes on, Sebastian Soria slipped in a neat cross from the centre to Mehrdad. The Iranian anticipated the move well, picked up the angled cross, but once he entered the Al Sailiya box, he went wayward with his shot.

Al Arabi then scored through Mehrdad. After a short dribble near the edge of the Al Sailiya box, he clipped a cross towards Soria inside the box. After hoodwinking a defender, Soria returned the ball to Mehrdad, who charged ahead and then curled in a superb left-footed drive. The ball swung late before crashing into the net to the right of keeper Claude Amine.

In the 50th minute, Al Arabi skipper Ahmed Fathi delivered a cross from the edge of the box, but Al Ansari, in touching distance from the goalline, could not volley home with only the goalkeeper to beat.

Five minutes later, Al Arabi’s Mahdi Torabi fired a left-footed cross towards Soria inside the box, but the forward could not close the move as the ball sailed past the Al Sailiya goal.

In the 81st minute, Al Sailiya’s Ahmed Al Menhali was shown the red card following his second yellow of the match.