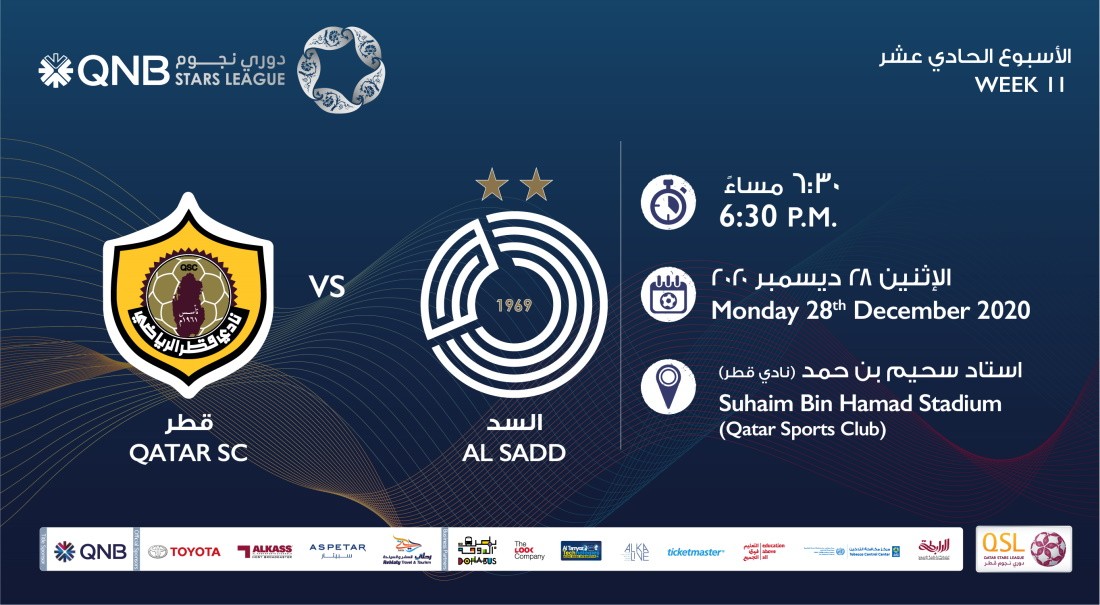 Both teams are in great form and that should make it a thrilling contest.

Qatar SC, coached by ex-Qatar international Younis Ali, completed five victories in a row after they beat Al Ahli 4-1 in the last round. However, The Kings went out of the top-four bracket and had to settle for fifth place in the standings as they went behind reigning champions Al Duhail after being tied on points (18) and goal difference (+8).

Al Duhail scored 21 goals and conceded 13 as against Qatar SC’s 17 goals for and nine against to be placed above by virtue of having scored more number of goals.

Meanwhile, leaders Al Sadd widened the gap with second-placed team from six to seven points following their victory over Al Rayyan in the high-profile Qatar Clasico in Week 10. It was The Wolves’ ninth victory, the most by any team, and they remained the only unbeaten side so far in the tournament, having drawn their other fixture.

Xavi Hernandez-coached Al Sadd have a goal difference of +28 (36 goals for and eight against).