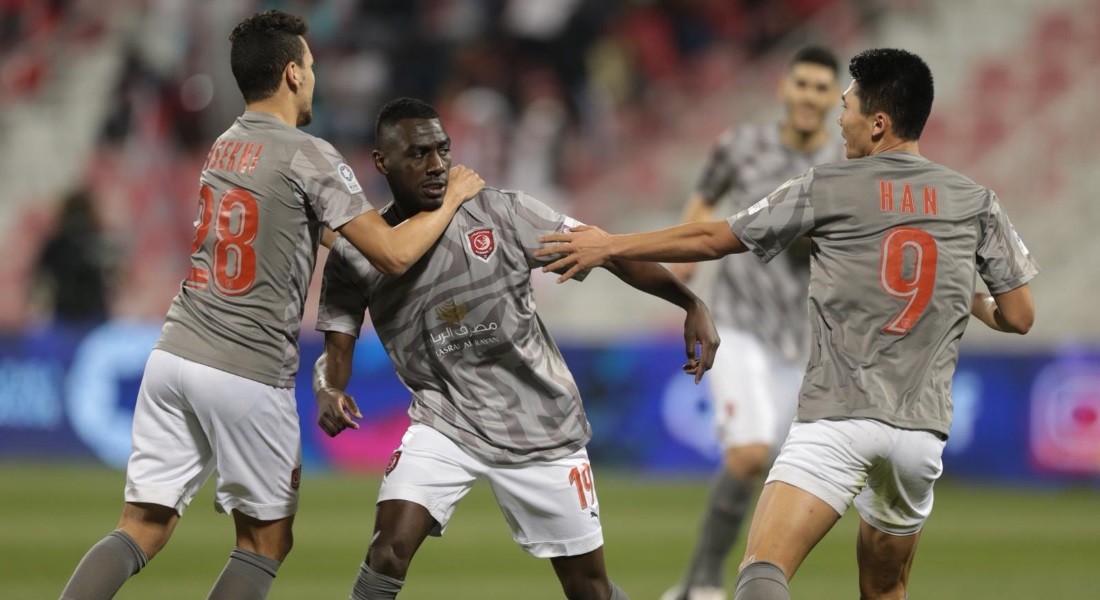 Almoez Ali struck a double, early and late into the game, as Al Duhail defeated Al Arabi 3-1 in a heavyweight battle in Week 13 of the 2019-20 QNB Stars League at the Al Arabi Stadium on Friday.

Hamdi Harbaoui converted a penalty in the 19th minute to give the only reply for Al Arabi, who stood on 18 points.

Al Duhail thus remained as the only unbeaten side so far this season after Al Rayyan suffered their first defeat on Thursday.

It was The Red Knights 10th victory, the most by any team. They drew the other three matches.

Al Duhail went into the match without Portuguese coach Rui Faria, with whom they parted ways following their loss to Al Sadd by a 0-4 margin in the final of 2020 Qatar Cup on 17th January.

And caretaker coach Bruno Oliveira was in charge.

Al Arabi had their task cut out as they were up against the table toppers, but they fought tooth and nail before going down.

After Al Duhail took an early lead when Almoez found the target from close with Sultan Al Breik doing the spadework from the left with a cross, Al Arabi were not to be bogged down before their home fans.

They equalised as Harbaoui sent Al Duhail goalkeeper Amine Lecomte the wrong way from the penalty spot after the kick was awarded when Mohamed Emad tripped Harbaoui himself.

Edmilson, who replaced Yousef Msakni in the Al Duhail attack after 28 minutes, got into the scoring act by connecting a defence-splitting through pass by Almoez.

Al Arabi upped their ante in the second half, while Al Duhail strengthened their ranks by replacing Mohammed Emad with Mohammed Moosa in the defence and Assim Madibo with Luis Martin in the middle.

Al Arabi were reduced to 10 men in the 78th minute when Fahad Ali was red-carded for a stud-up challenge on Moosa.

Almoez then rounded off the tally at the stroke of final whistle as he fired into an open net.

Al Duhail and Al Arabi had played out a 1-1 draw in the first leg.