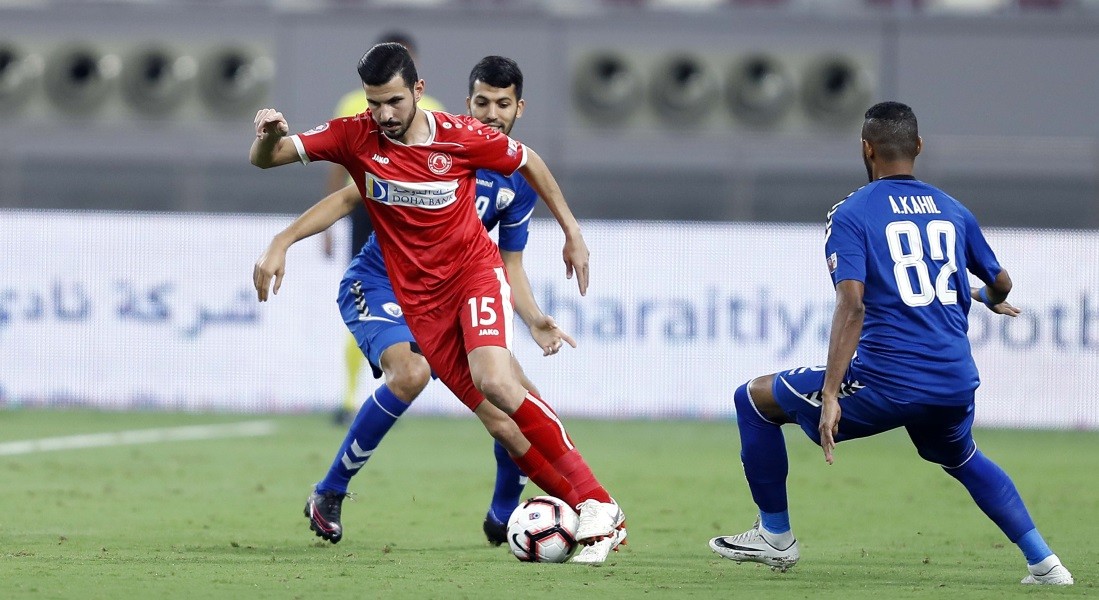 Al Arabi face Al Kharaitiyat challenge in Week 14 of the QNB Stars League on Saturday, 1st December. The kick-off is at 18:30 at the Al Arabi Stadium.
Al Arabi are ninth on 15 points (five wins and eight defeats). Their goal difference is -14 (12 goals for and 26 against).

While Marafy is having a long injury layoff with a knee ligament problem, Ahmed Ibrahim and Franco are likely to recover fast. The duo had missed their Qatar Derby match against Al Sadd last week.

Tunisian coach Hatem Al Moaddeb’s men are keen to put it across Al Kharaitiyat and thus get back to winning ways.

Al Kharaitiyat are precariously placed at the bottom of the league table with just one victory they recorded against Al Gharafa.

Al Kharaitiyat have the worst goal difference of -30 (nine goals for and 39 against).

Both teams had tasted defeat in the last round. While Al Arabi lost 0-3 to Al Sadd in the Qatar Derby, Al Kharaitiyat crashed to a 0-1 loss to Al Shahania.