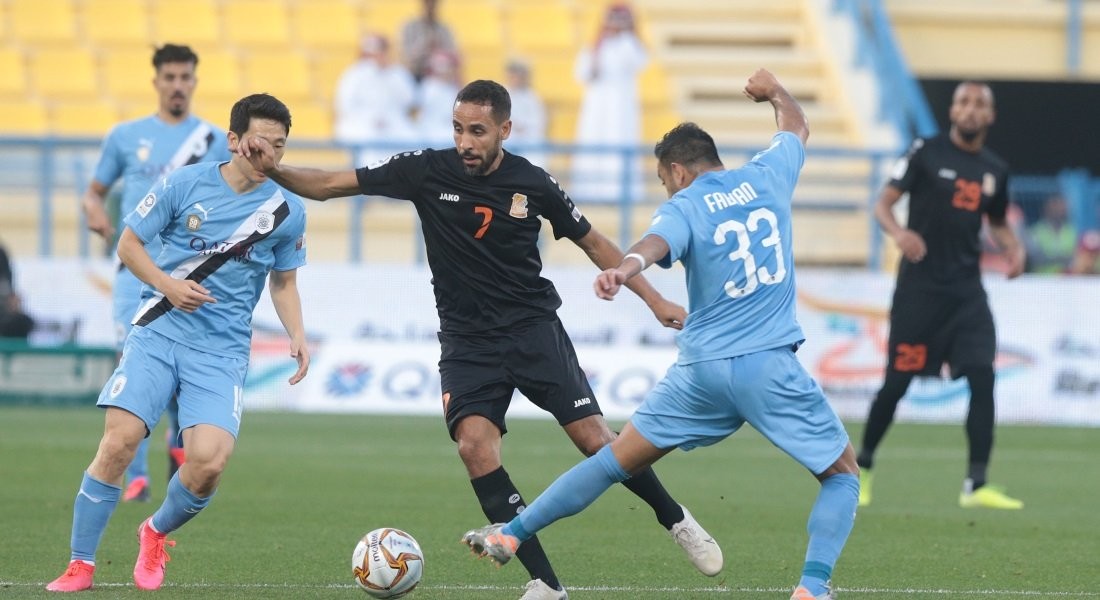 Al Sadd came back from two goals down to secure a 2-2 draw with Umm Salal in Week 15 of the 2019-20 QNB Stars League at the Al Gharafa Stadium on Saturday.

The goals were scored by Ayoub Azizi in the 24th minute and Mahmoud Al Mawas in the 33rd minute for Umm Salal. Al Sadd came back through Marco Fabian in the 48th minute and Nam Tae-Hee in the 59th.

QNB Stars League fans were nearly in for a great shock as they watched Al Sadd fight their way back into a match that had seemingly slipped from their grasp. Having started in dominant fashion, The Wolves were unable to challenge the scoreline in the opening period, with Marco seeing his long-range effort drift just wide of the upright, and it did not take long to be punished for their lack of predatory instinct when Umm Salal took a surprise lead.

Winning a corner on the left-hand side, Walid Meslob’s cross was drifted in and Azizi rose horizontally to fiercely strike his header into the net. Saad Al Dossari had to be in good form to deny Meslob from distance, but moments later Umm Salal were able to double their lead. A strike from outside the box was only partially saved by Al Dossari and Al Mawas pounced on the rebound to give his side a 2-0 lead at the break.

With an injury to Baba Malick on the stroke of half-time, Yazan Naim was brought as substitute goalkeeper for Umm Salal and he was sure to face a busy night. In spite of a good performance, his side quickly conceded when Fabian struck a powerful, swerving shot from 25 yards which found the back of the net.

The pressure was cranked up and Akram Afif was next in line to try his luck, but he forced an excellent save from Yazan to keep the scores the same. Al Sadd’s experience in these situations started to show and it was not long before they found an equaliser. Abdelkarim found Nam just inside the box, with the South Korean turning his marker before curling a wonderful shot into the far post to level the match.

From here on, The Wolves were hunting in packs and relentlessly sought a winning goal. Pedro tried his luck with a wonderful right-footed trivela, and Abdelkarim somehow squandered a glorious chance from five yards out. Al Sadd thought they had won it deep into injury time, but Bounedjah’s excellent header crashed off the cross bar and agonisingly away from goal to see both teams settle for a point.