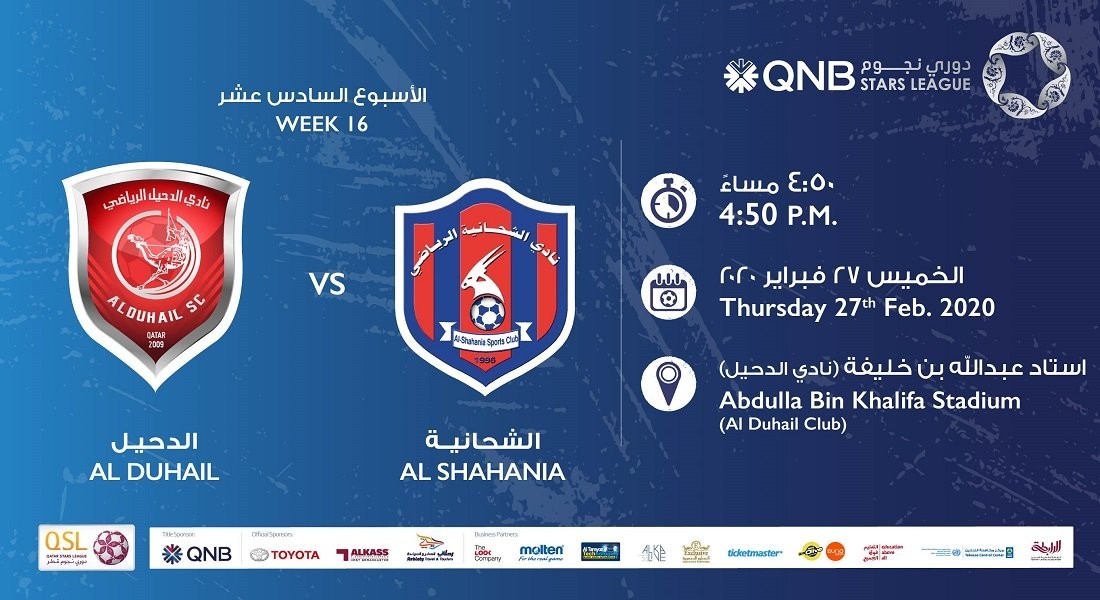 Al Duhail’s form had dipped a bit recently and a change at the helm happened, with Moroccan Walid Regragui replacing Portuguese Rui Faria.

However, they bounced back by defeating Al Wakrah last week to increase their gap on top of the table to four points with second-placed Al Rayyan and five points with holders Al Sadd.

Jose Murcia-coached Al Shahania are last in the standings with nine points (one victory, six draws and eight defeats) and it is time they lifted their game in order to stay in the top flight.

They did well last week by holding Al Arabi to a goalless draw.