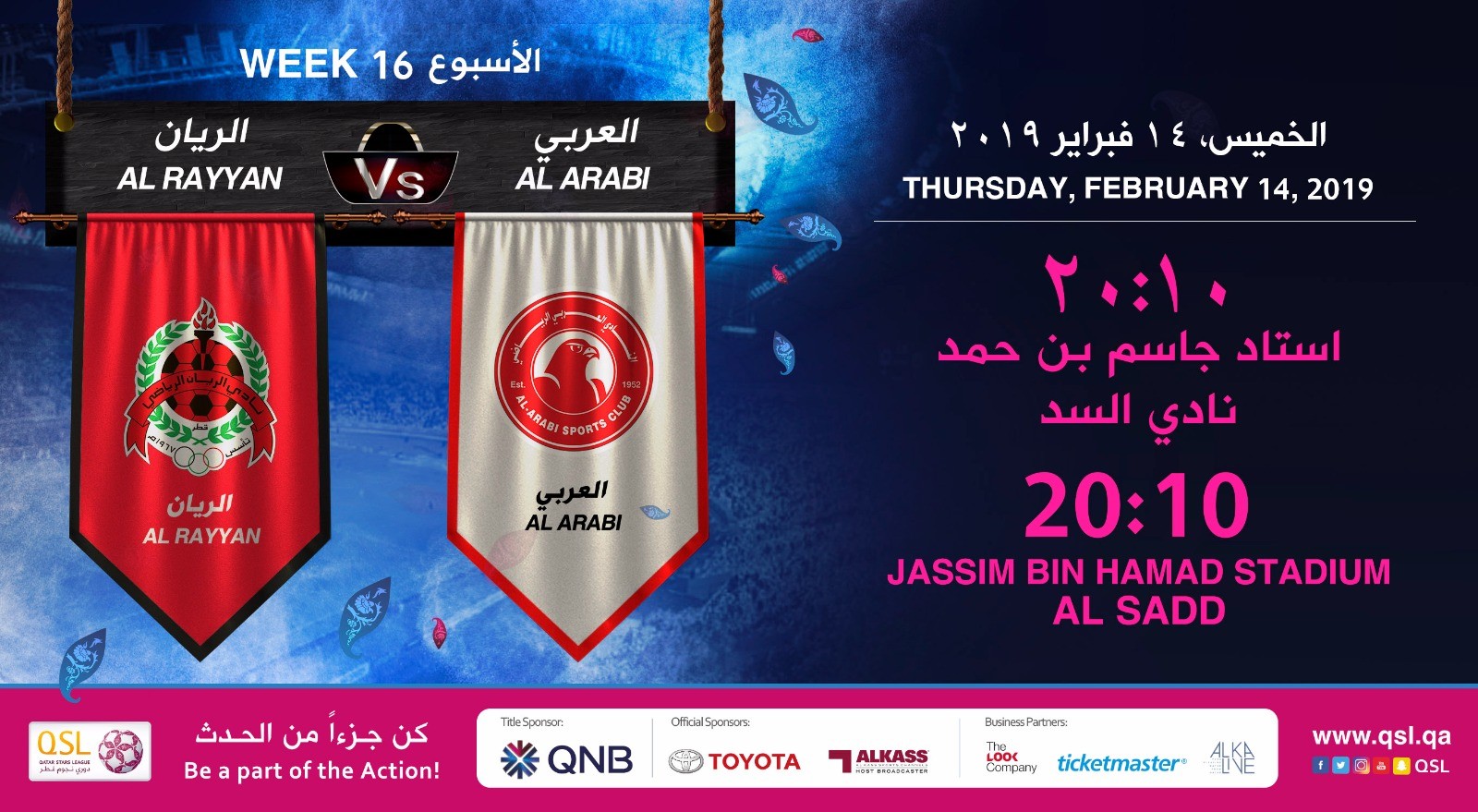 This is the contest between two teams with arguably the most loyal and traditional fan base in Qatar. No doubt, the highlight match in Week 16 of the QNB Stars League will be a big treat for the supporters as well. The kick-off is at 20:10 at the Al Sadd Stadium.

Al Rayyan are currently fourth in the standings with 27 points, while Al Arabi are sixth with 21 points.

Al Rayyan are technically still in the title race. They would like to gear up for next week’s Qatar Clasico against Al Sadd with a victory. The Lions also have AFC Champions League engagement coming up.

Al Rayyan, under Turkish coach Bulent Uygun, have not made drastic changes to the squad during the winter transfer window. Lucca Borges, Gonzalo Viera and Koh Myong-Jin stayed as their overseas professionals, while Jonathan Menendez was replaced by Gelmin Javier Rivas.

On the other hand, Al Arabi, who have a new master in Heimir Hallgrimsson from Iceland, aspire to storm into the top-four bracket. They made their intentions clear by making a host of signings.

Al Rayyan and Al Arabi respectively have eight and seven Qatar League titles to their credit.

It is going to be a battle between the fans as much as it is between the players. The Al Sadd Stadium will surely witness a battle on and off the field. The fan factor adds more excitement to the encounter as both sides will be cheered on by die-hard supporters.