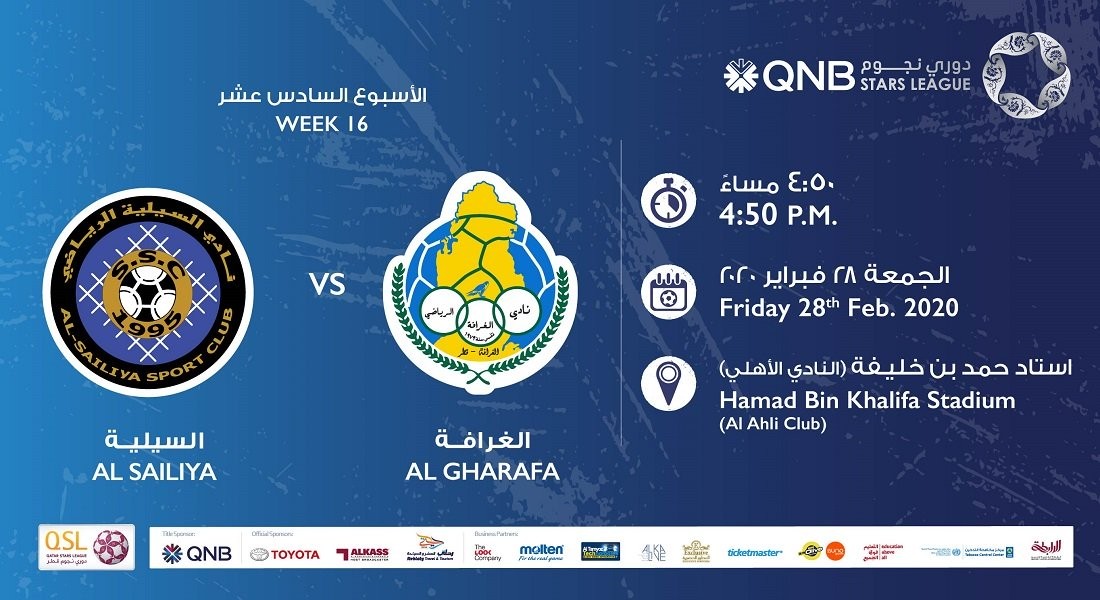 Al Sailiya have 20 points (six wins, two draws and seven defeats). They have a goal difference of -4 (16 goals for and 20 against).

The Peregrines were going through a lean patch in the second leg, losing in Weeks 12, 13 and 14, to Al Khor, Al Ahli and Al Sadd respectively.

They had also lost their 2020 AFC Champions League play-off to Iran’s Shahr Kodro, thus failing to book a berth in the tournament proper.

However, Al Sailiya bounced back with a 1-0 win over Qatar SC last week.

Al Gharafa have 25 points (seven victories, four draws and as many defeats). Their goal difference is +6 (27 goals for and 21 against).

The Cheetahs had exited from two cup tournaments in consecutive weeks recently, bowing out of Amir Cup in the pre-quarterfinal stage after losing to Second Division side Al Markhiya before they suffered the setback in Ooredoo Cup, where they were two-time defending champions.

But Al Gharafa heaved a sigh of relief last week when they drew 1-1 with Al Ahli.