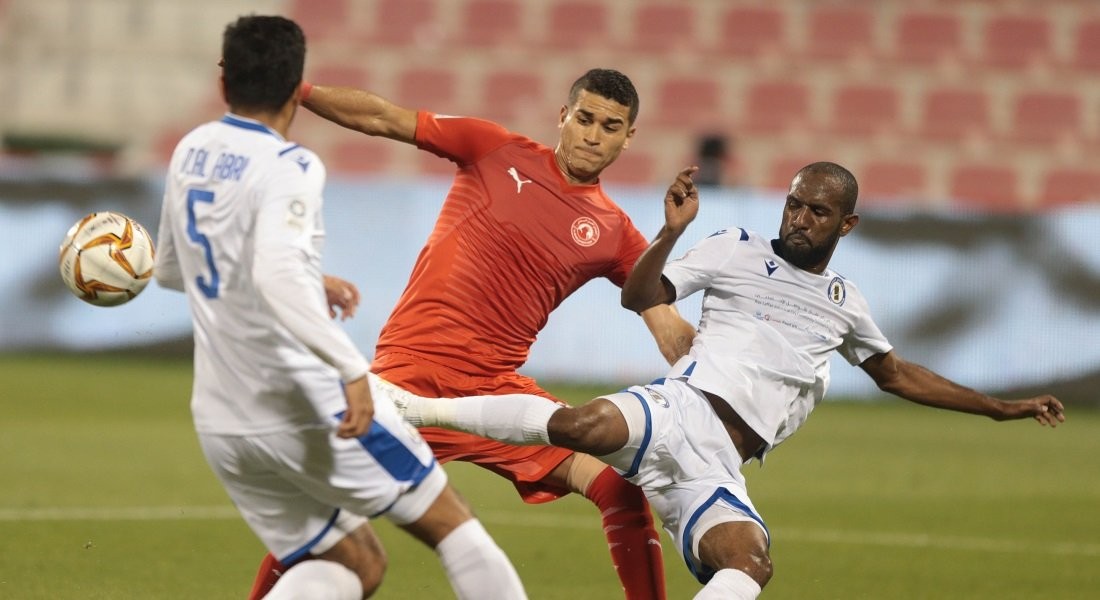 Hamdi Harbaoui scored the winner in the 21st minute.

Al Arabi were the side that was more on the offensive as the game began. After Al Arabi’s tall forward Pierre Michel-Lasogga headed straight to goalkeeper Baba Djibril, The Dream Team succeeded in taking the lead as well, with Harbaoui scoring off a long pass from Jassem Jaber. The Tunisian striker controlled the ball with his chest before volleying the ball home on the turn.

However, Al Khor attacked more as the match wore on and did everything in pursuit of an equaliser that never came.

Tiago Bezerra and Ahmed Hammoudan were at the helm of Al Khor’s attacks. Hammoudan’s feeble header off Tiago’s cross in the 35th minute went narrowly wide and the latter had a shot well-blocked by Al Arabi goalkeeper Mahmoud Ibrahim.

It was then Tiago’s turn to narrowly miss the mark as the first half drew to a close.

Al Khor kept attacking in the second half and one such move saw Al Arabi’s Khalaf Sadd make a goalline save with his head even as the goalkeeper had left his charge.

Amid Al Khor’s wave of attacks, Harbaoui scored for a second time in the third minute of stoppage time off a pass from former Al Khor player Helal Al Mohannadi, but was ruled offside.

Al Arabi went into the match on a high as they were unbeaten in their previous three league matches, drawing against Umm Salal (1-1), Al Shahania (0-0) and Al Sadd (1-1).

The Dream Team’s draw against reigning champions Al Sadd in Week 16 was indeed creditable, given that they had suffered a 1-6 loss in their first-leg Qatar Derby.

No doubt, this is a vastly-improved Al Arabi side, especially defensively.

Al Khor will need to bag as many points as possible from the remaining games as they are not completely safe from the threat of relegation.