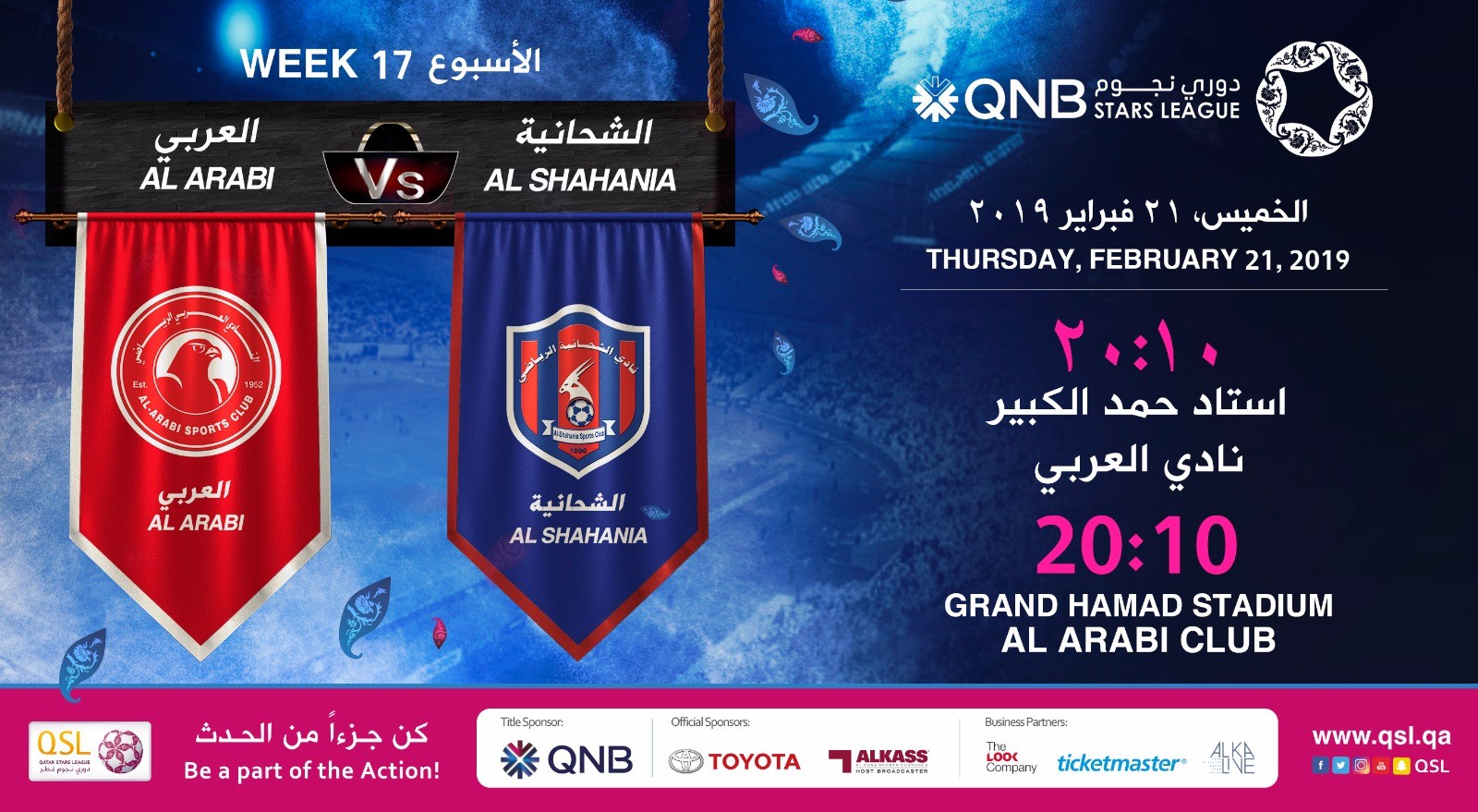 Al Arabi face Al Shahania challenge in Week 17 of the QNB Stars League on Thursday, 21st February. The kick-off is at 20:10 at the Al Arabi Stadium.

Both Al Arabi and Al Shahania will be desperate for full points in order to improve their positions even though they are safe from relegation threat.

Al Arabi lost 1-3 to Al Rayyan, while Al Shahania played out a goalless draw with Qatar SC in the last round.

Al Arabi are sixth in the table with 21 points. The Dream Team have seven wins and nine defeats against them to have a goal difference of -12 (18 goals for and 30 against).

Al Shahania are ninth with 17 points (four wins, five draws and seven defeats). They have a goal difference of -14 (14 goals for and 28 against).

Promoted side Al Shahania have punched way above their weight ever since the start of 2018-19 season QNB Stars League. They have been coached by Spaniard Jose Murcia for some time now and that reflects on their stable performance.

On the contrary, Al Arabi started this season with Croat Luka Bonacic who joined them the previous season. Following a series of negative results, Bonacic was replaced by the club’s Under-23 coach Hatem Al Moaddeb before Heimir Hallgrimsson from Iceland took over the side during the winter break.

Al Arabi also reinforced the squad in the January transfer window, with the likes of Wilfried Bony, Ibrahim Majed, Morteza Pouraliganji and Musaab Khader joining them.

They now have more options in attack, with Spaniard Víctor Vazquez too joining their ranks to partner Bony. Al Arabi also have striker Mohammed Salah El Neel and that should give a tough time to the Al Shahania defence.

On the other hand, the Al Arabi defence of Ahmed Ibrahim, Morteza, Ibrahim Majed and Musaab will face the challenge from Luciano Vazquez, Yousef Hani and Kessey Amanguoa.