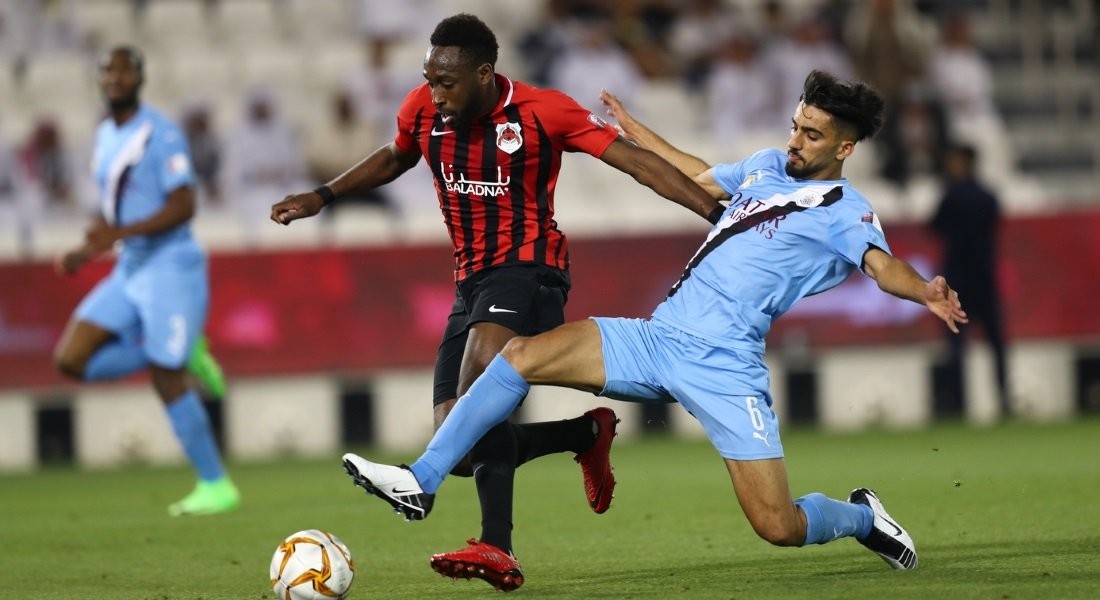 Al Rayyan defeated reigning champions Al Sadd in the Qatar Clasico in Week 17 of the 2019-20 QNB Stars League at the Al Sadd Stadium on Saturday.

Franck Kom scored the all-important goal in the ninth minute as Al Rayyan, with their 11th victory, took their points tally to 38, four less than leaders Al Duhail who defeated Al Sailiya 2-1 in the day’s early kick-off.

Al Sadd remained on 32 points after suffering their fifth defeat.

The high-profile Qatar Clasico between teams with a large and passionate fan base lived up to expectations.

Al Sadd had more of the ball, but Al Rayyan succeeded in scoring an early goal that gave them advantage.

Al Rayyan captain Rodrigo Tabata gave Al Sadd a scare in the fourth minute as he hit his shot against the right upright.

Not long after came the goal when Kom controlled the ball as Abdelkarim Hassan failed to deal with a Khaled Muftah cross from deep on the left and hit the ball home from an acute angle past a diving goalkeeper Saad Al Dossari.

Tabata then curled a free-kick on to the crosspiece in first-half injury time.

Bounedjah, Asia’s best player Akram Afif, Nam Tae-Hee all tried the hardest in the second half, but they either shot wide of the target or over the bar.

Bounedjah headed in Abdelkarim’s cross in the 68th minute, but was ruled offside by referee Abdulrahman Al Jassim.

There was a missed chance at both ends towards close. Al Rayyan’s Abdulaziz Hatem’s shot was blocked by Al Dossari and Al Sadd’s Hashem Ali’s long cross landed on to the horizontal and went out.

Al Sadd, the season-opening Sheikh Jassim Cup as well as 2020 Qatar Cup champions, did everything but scoring as Al Rayyan defended stoutly and thus extended their domination of Qatar Clasico, having beaten The Wolves 4-2 in the first leg.

Yacine Brahimi, in the middle, Yohan Boli upfront and Gabriel Mercado at the rear stood out for Al Rayyan.

The tactical battle between coaches Xavi Hernandez (Al Sadd) and Diego Aguirre (Al Rayyan) was the sub-plot of the game.

This was the third time that Al Rayyan and Al Sadd were playing against each other this season, with the latter winning 4-1 in the 2020 Qatar Cup semifinal.