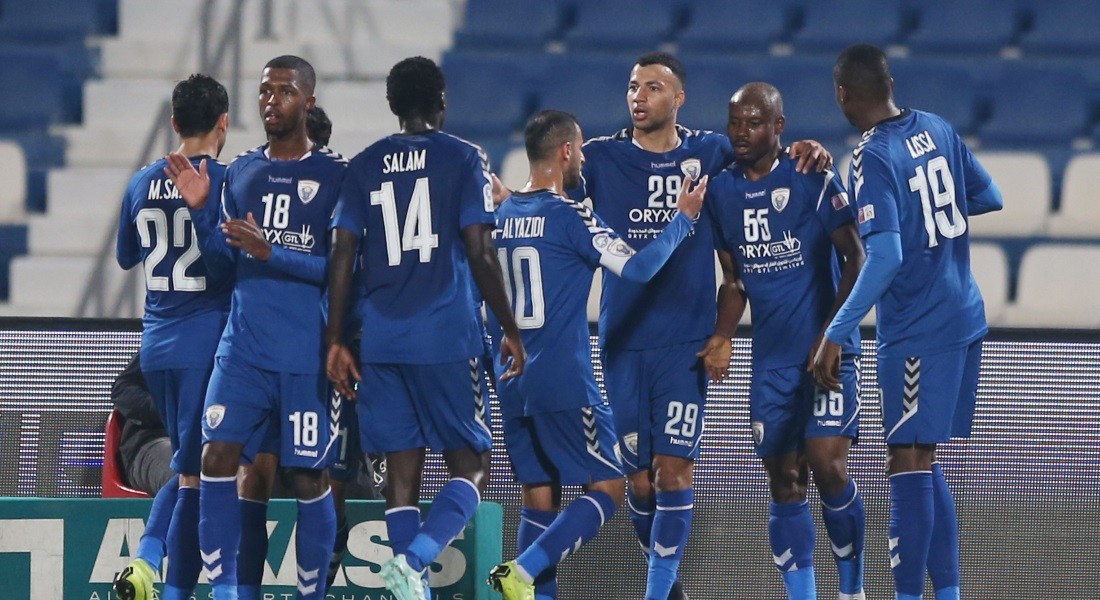 Al Kharaitiyat beat Al Gharafa 3-0 with a clinical display of football in Week 18 of the QNB Stars League at the Al Khor Stadium on Wednesday.

It was bottom-placed Al Kharaitiyat’s third win of the season and second in a row as they took their points tally to nine, while Al Gharafa remained on 19 points.

Al Kharaitiyat opened the scoring in the 30th minute through Mohammed Razzaq, who made the most of a mistake by goalkeeper Yousef Hassan, who let slip a loopy cross after he had initially collected the ball.

The ball slipped out of his hands and made its way to Razzaq, who quickly produced a left-footed drive to send the ball into the net.

Valentin Lazar made it 2-0 a minute after the hour mark with a left-footed shot from close range. Substitute Abdulaziz Rashid Al Ansari found the Romanian with a low ball from inside the Al Gharafa box and the latter easily slotted the ball into the net.

The duo of Valentin and Al Ansari combined yet again for Al Kharaitiyat’s third goal in the 70th minute.

Valentin charged towards the Al Gharafa area from the left flank and chipped in a low ball from the edge of the box. Al Ansari, standing just a few feet away from the goalmouth, deflected the cross into the net with keeper Yousef in no position to thwart the attempt.

It was Al Gharafa’s ninth loss of the season.