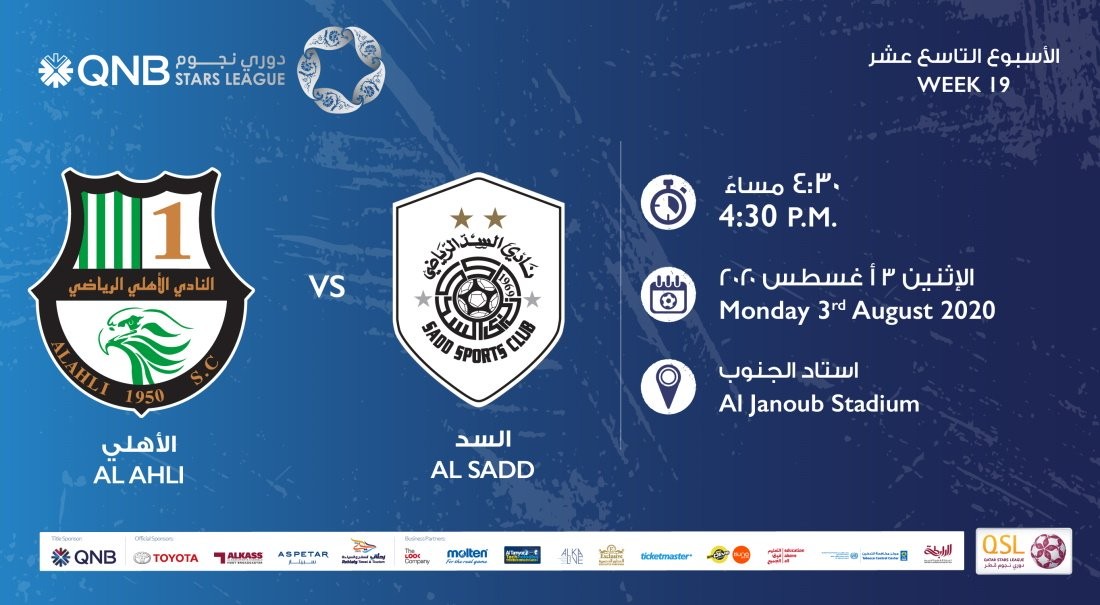 Al Ahli are in eighth position with 19 points. The Brigadiers have five wins, four draws and nine defeats against their name, and their goal difference is -9 (23 goals for and 32 against).

Al Ahli will look to put behind their disappointment of losing to 1-3 to Al Shahania in Week 18, but Al Sadd will be in mood to relent and will be hungry to build on their 2-1 victory over Al Khor as the reigning champions are still eight points behind leaders Al Duhail.

Al Sadd are third in the table with 35 points. The Wolves have 11 wins, two draws and five defeats with a goal difference is +19 (47 goals for and 28 against).

Al Sadd have scored the most number of goals than any other team. Al Rayyan are second (36) and Al Duhail third (34).