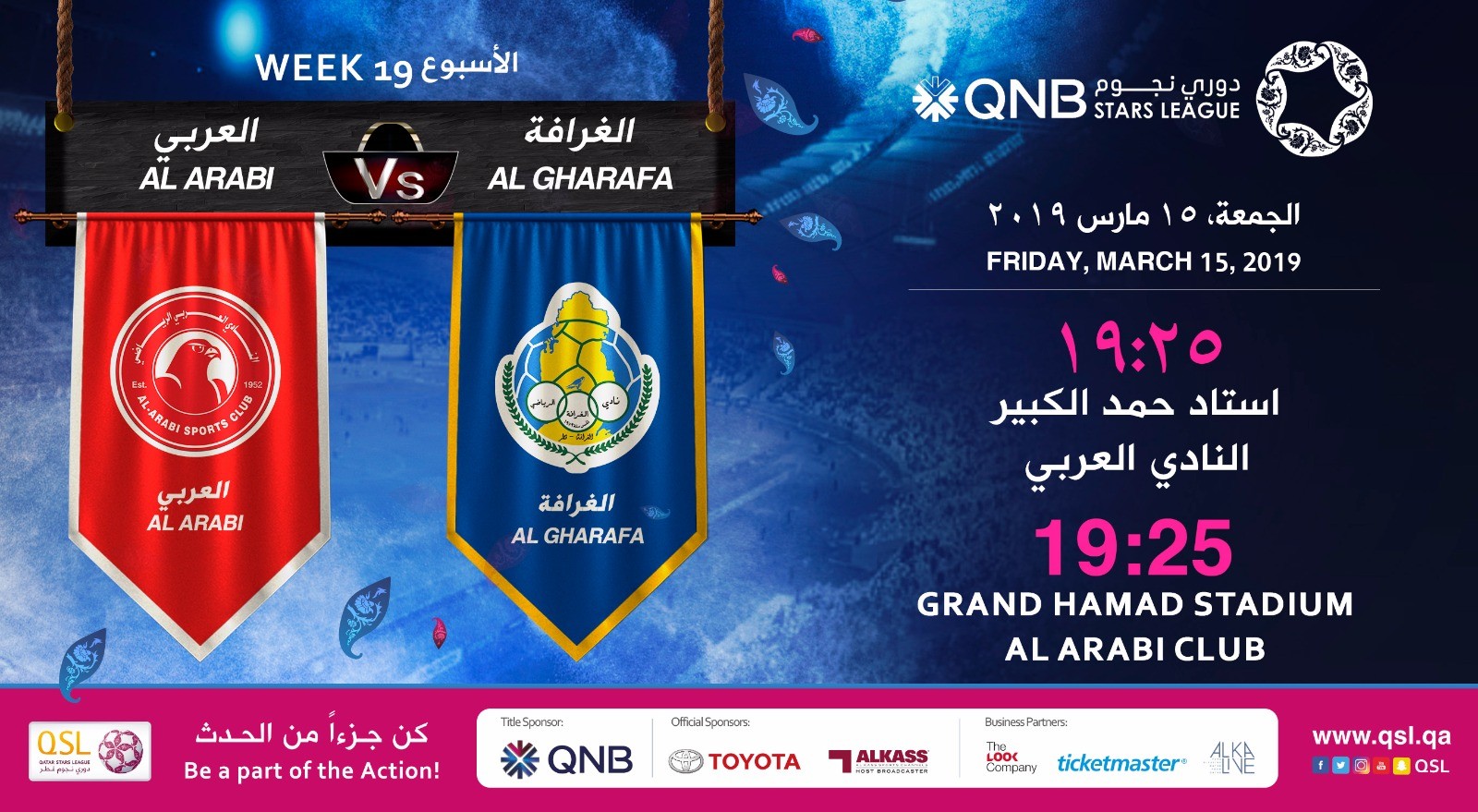 A keen contest is on the cards from the fans’ point of view as well when Al Arabi play Al Gharafa in Week 19 of the QNB Stars League on Friday, 15th March. The kick-off is at 19:25 at the Al Arabi Stadium.

Al Arabi are on a hat-trick of victories, having beaten Al Shahania 2-1 in Week 17 and Al Sailiya 3-2 in the last round.

However, Al Gharafa are going through tough times and have not tasted victory since the tournament resumed after a long winter break. The Cheetahs lost 1-2 to Umm Salal in Week 16.

Even though Al Gharafa managed to hold reigning champions Al Duhail to a  goalless draw in Week 17, they crashed 0-3 against Al Kharaitiyat in the last round.

Al Arabi are sixth in the QNB Stars League table with 27 points, from nine victories and as many defeats. The Dream Team’s goal difference is -10 (23 goals for and 33 against).

Al Arabi’s chances of finishing among the top four, after quite a long time, are bright this time provided they play to their potential till the last. They had strengthened their ranks in the January transfer window and that is reflecting on their results.

They have the likes of Wilfried Bony, Victor Vazquez and Mohammed Salah El Neel to deliver the goods.

Al Gharafa are placed ninth with 19 points (five wins, four draws and nine defeats). Their goal difference is -5 (28 goals for and 33 against).