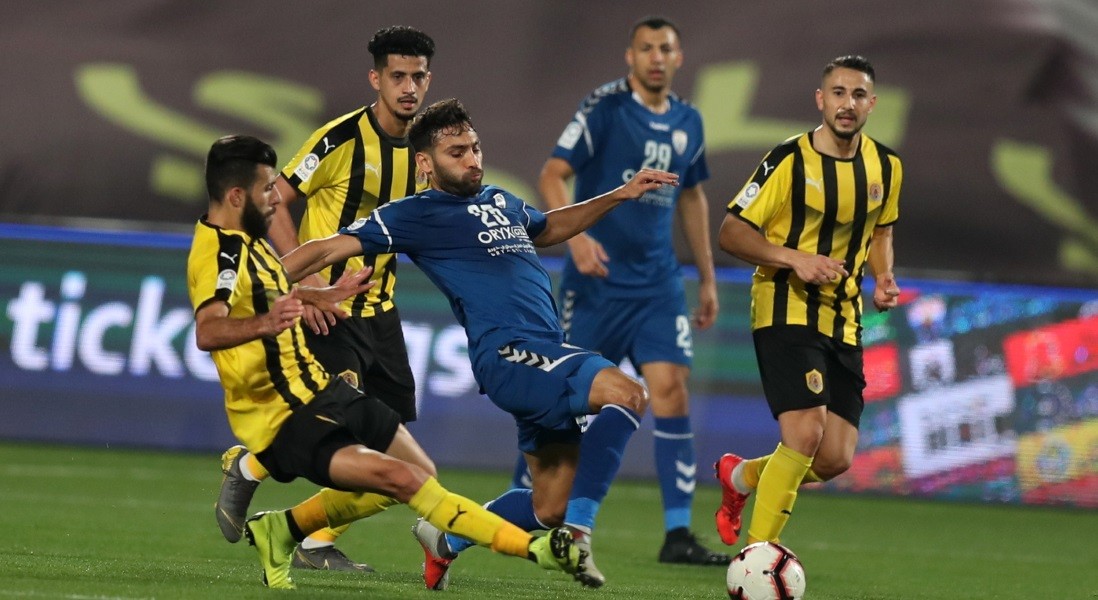 Al Kharaitiyat completed a hat-trick of victories when they got the better of Qatar SC 1-0 in Week 19 of the QNB Stars League at the Al Khor Stadium on Thursday.

Valentin Lazar struck the winner as early as the sixth minute.

Al Kharaitiyat now have 12 points, while Qatar SC remained on 16.

It was bottom-placed Al Kharaitiyat’s fourth win of the season, while Qatar SC failed to add to their tally of four victories.

Valentin scored by curling the ball into the net after Qatar SC’s Mohammed Al Jabri headed a loopy cross to the unmarked Romanian.

Al Kharaitiyat’s Mohammed Razzaq came close to scoring in the 25th minute, but his shot missed the target from the edge of the box.

Soon after the resumption of play after half-time, Qatar SC’s Samuel Eto’o wasted an opportunity to score.

Six minutes from close, Al Kharaitiyat’s Mahmoud Saad curled in a long-ranger, but his shot was pouched by goalkeeper Jassim Al Hail.

Qatar SC won a staggering 18 corners in the match and enjoyed 60 per cent of ball possession.