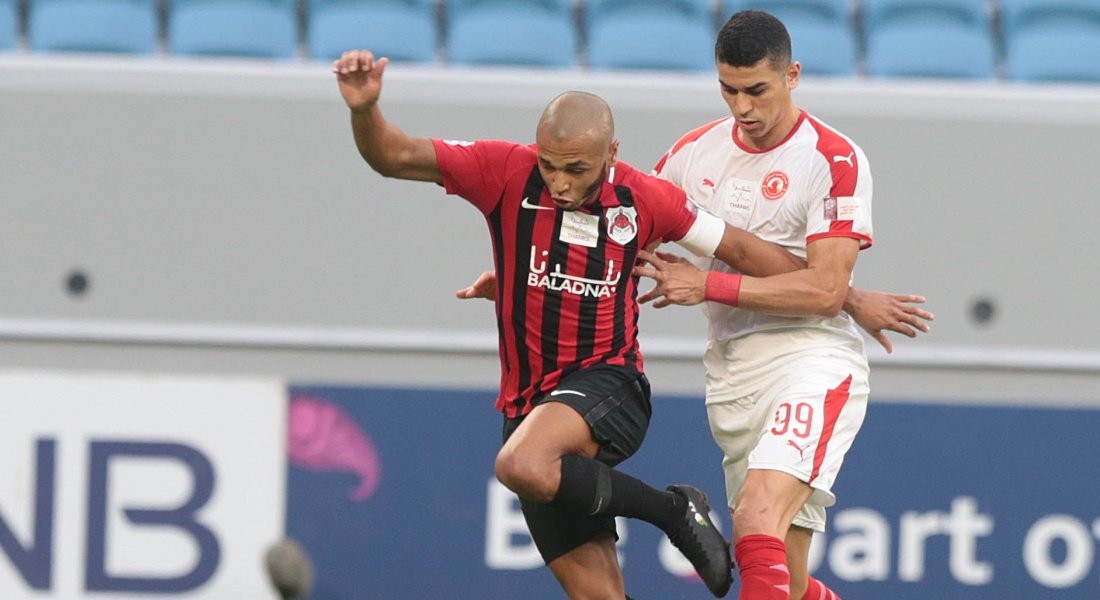 Al Rayyan and Al Arabi fought out an entertaining goalless draw in Week 19 of the 2019-20 season QNB Stars League at the Al Janoub Stadium on Saturday.

Al Rayyan and Al Arabi are now on 42 and 25 points respectively, the former dropping two crucial points in their race to the title and the latter suffering yet another jolt in their bid to finish among the top four that would give them a chance to play in the Qatar Cup and AFC Champions League.

Al Rayyan had won their first-leg match by a 2-1 margin. The Lions had beaten Qatar SC 2-1 in Week 18, while Al Arabi lost 0-1 to Al Gharafa when the tournament resumed after a long interruption forced by the coronavirus (Covid-19) pandemic.

Al Arabi attacked more in the first half and then the role changed, with Al Rayyan making a string of attacks as the game wore on, but for a goal.

The Dream Team mainly had Mahmoud Abunada to thank for his exceptional performance below the bar.

The return of Hamdi Harbaoui and Abdullah Marafie strengthened the Al Arabi ranks. German forward Pierre-Michel Lasogga failed to connect the ball in front of the goal after 10 minutes.

After Al Rayyan’s Yacine Brahimi’s free-kick was saved by Abunada in the 22nd minute, Hamdi headed over and his team-mate Aron Gunnarsson sent his angular shot wide of the left upright.

Al Arabi then had a golden chance to take the lead as they earned a penalty when Dame Traore pulled down Lasogga. But Hamdi sent the resultant kick wide even as goalkeeper Fahd Younis had jumped to the other side.

Al Rayyan had a couple of chances before the close of first half. First, Brahimi was thwarted by Abunada and Abdulaziz Hatem sent his shot straight to the goalkeeper first bounce.

After many attempts in the second half which saw Al Rayyan field Sebastian Soria in search of a goal, Abunada effected triple saves starting in the 85th minute when he blocked Abdulrahman Al Harazi twice and Abdulaziz Hatem.

Ahmed Abdelmaqsoud rounded off Al Rayyan’s attacks as he sent his rocket shot wide, resulting in the teams sharing the spoils.