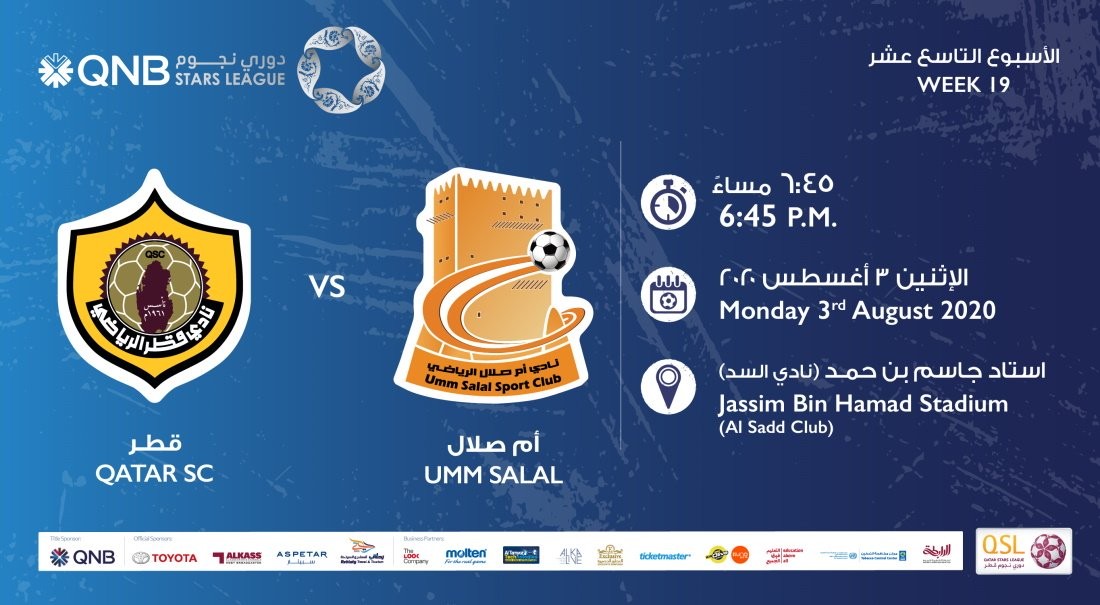 Qatar SC, who went down fighting 1-2 to Al Rayyan after taking the lead last week, are ninth with 17 points. Coached by former Qatar international midfielder Wesam Rizik, The Kings have four victories, five draws and nine defeats against their name with a goal difference of -7, having scored 17 goals and conceded 24.

The point against Al Duhail had helped Umm Salal climb to 10th spot from 11th with 15 points. The Orange Fortress, under Moroccan Aziz Ben Askar, have a goal difference of -18 (16 goals for and 34 against).