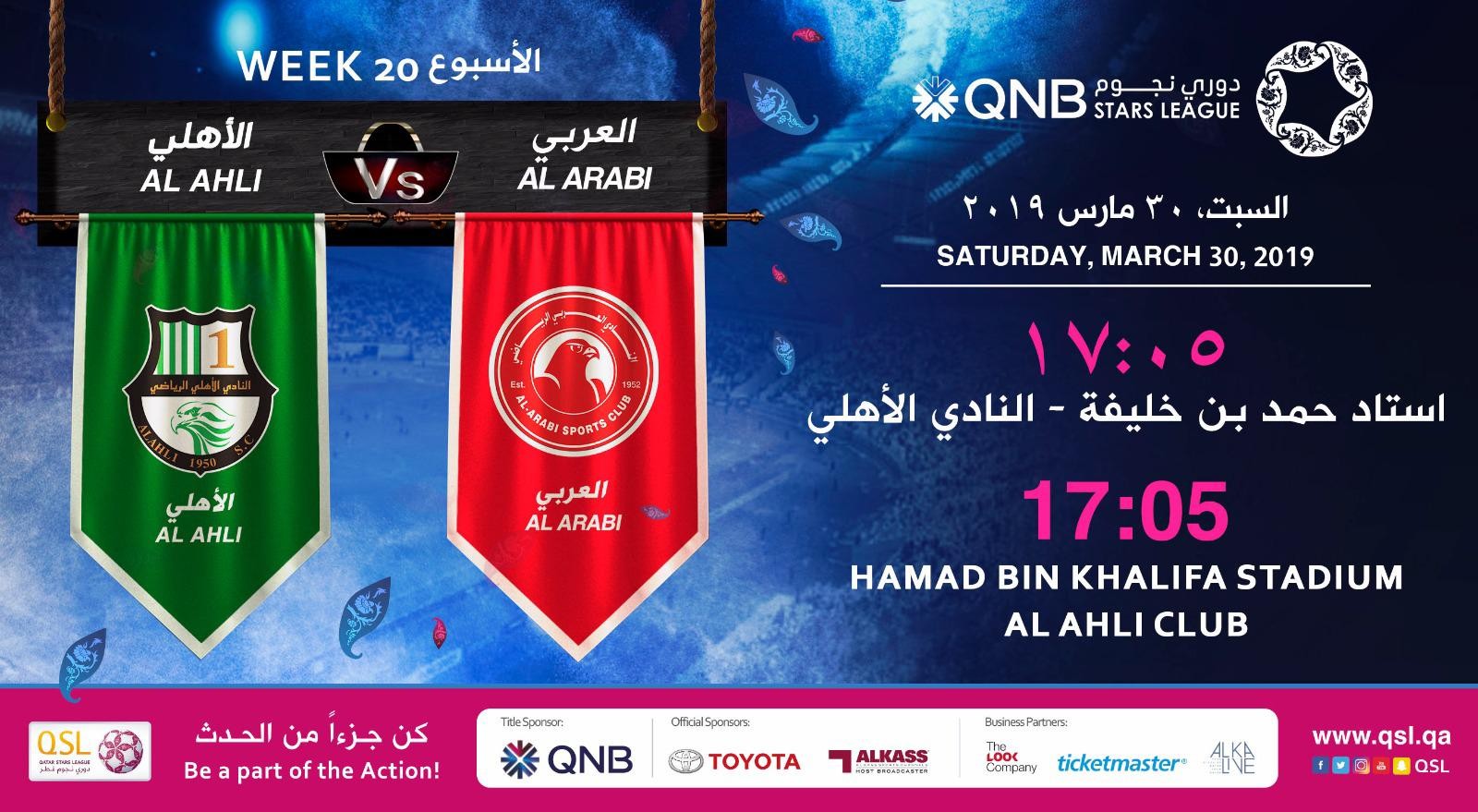 Al Ahli have a tough task on hand when they face Al Arabi in Week 20 of the QNB Stars League on Saturday, 30th March. The kick-off is at 17:05 at the Al Ahli Stadium.

The match, dubbed ‘Hilal Derby’ because both clubs are located in that area, is a fight between sides vying to storm into the top four.

Al Ahli are coming off their goalless draw with Al Shahania, while Al Arabi had lost 1-2 to Al Gharafa in Week 19.

Al Ahli are going through a lean patch of late after a good run before the QNB Stars League took a long winter break. The Brigadiers had defeated Al Kharaitiyat when the action resumed in Week 16, but they have not won a match since then, having lost to Al Sailiya and Al Duhail in Week 17 and 18 respectively.

Al Ahli, who had a change of coach with Spaniard Ruben de la Barrera replacing Czech Milan Macala during the winter break, are fifth in the QNB Stars League table with 30 points.

They registered nine victories, three draws and seven defeats. Their goal difference is -3 (27 goals for and 30 against).

Al Arabi are close behind, in sixth position with three points less. The Dream Team, coached by Heimir Hallgrimsson from Iceland, have recorded the same number of victories as Al Ahli. However, they have lost 10 matches. They have a goal difference of -11, having scored 24 goals and conceded 35.

Al Arabi will also look to get back to the winning path, having beaten Al Shahania and Al Sailiya in Week 17 and 18 respectively.

Al Ahli had defeated Al Arabi 3-0 in the first leg.