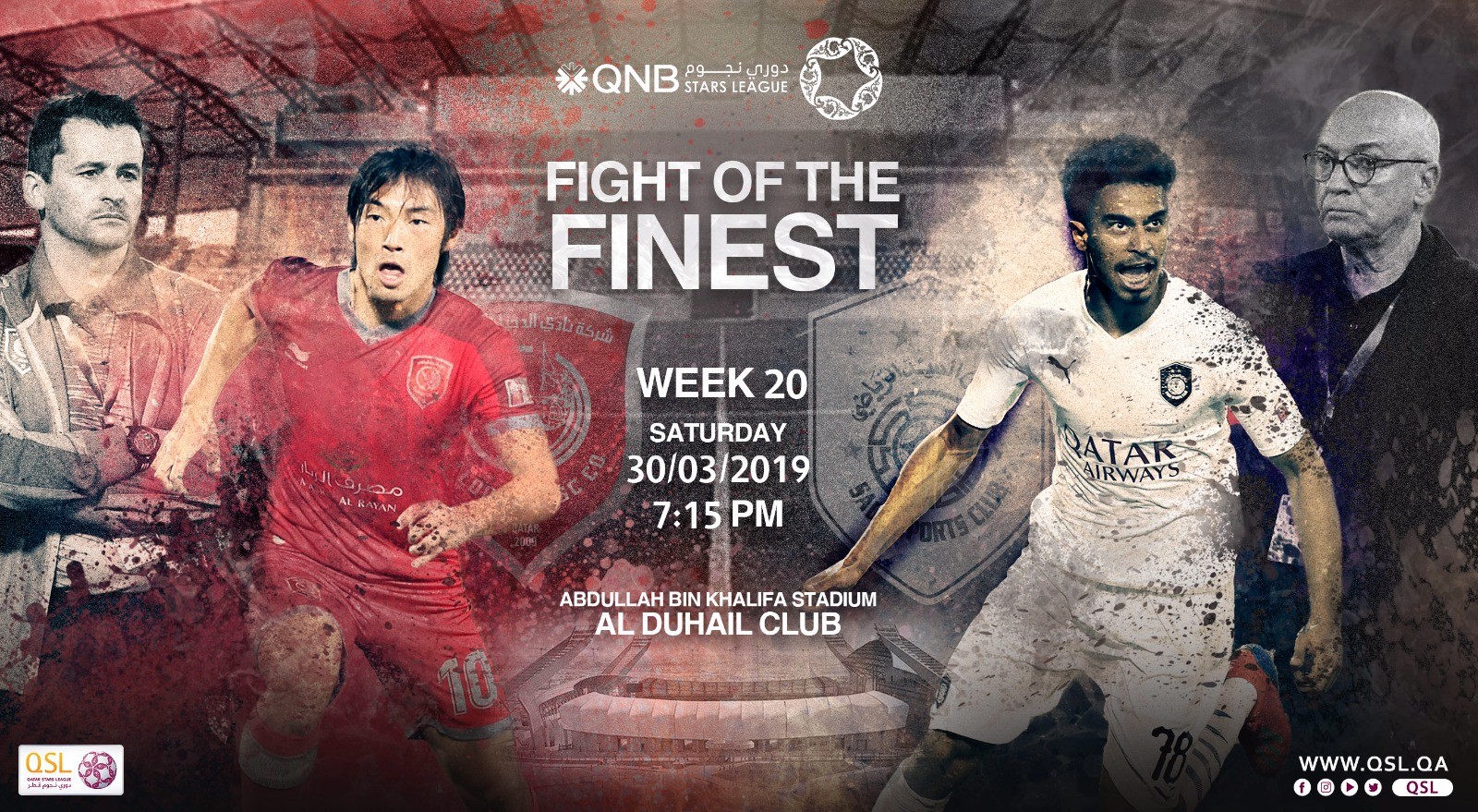 Al Duhail take on Al Sadd in the QNB Stars League Week 20 heavyweight encounter on Saturday, 30th March. The kick-off is at the Al Duhail Stadium at 19:15.

Much focus will be on this game for more reasons than one. Firstly, it is going to be the battle of the best. Al Duhail are the reigning champions, but they trail 13-time league winners Al Sadd (50 points) by four points.

The Wolves will emerge as the 2018-19 QNB Stars League champions if they beat Al Duhail as they will then have an unassailable lead, with only two more rounds of action remaining.

At the same time, Al Duhail will still be in with a chance to retain the title if they defeat Al Sadd or pull off a draw.

Al Sadd, coached by Portuguese Jesualdo Ferreira, have the most number of victories to their credit (16). Al Duhail are second on that front with 14 wins.

Al Sadd, who beat Al Sailiya 2-0 in the last round, drew two matches and lost one to have a goal difference of +68 (85 goals for and 17 against). They also have the best goal difference among the 12 teams.

Al Duhail, who defeated Umm Salal 3-1 in Week 19, have four draws and one defeat against their name. The Red Knights’ goal difference is +33 (47 goals for and 14 against).

Al Duhail are under the tutelage of Rui Faria, also from Portugal.

Al Sadd had beaten Al Duhail 3-1 in the first leg.