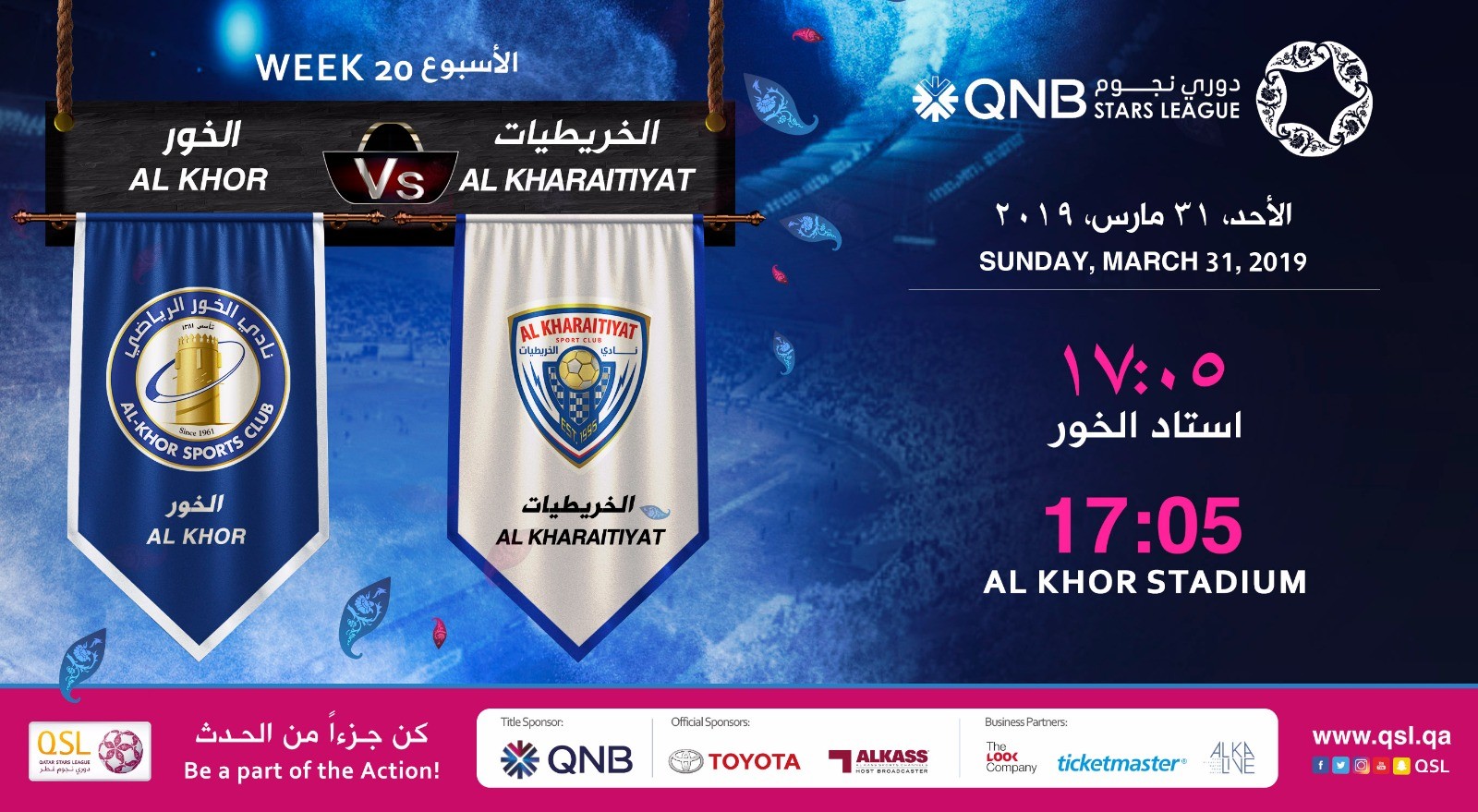 Al Khor and Al Kharaitiyat go into their QNB Stars League Week 20 game on Sunday, 31st March, in contrasting moods. The kick-off is at 17:05 at the Al Khor Stadium.

Al Kharaitiyat completed a hat-trick of victories in the previous round, when they defeated Qatar SC 1-0, that earned them valuable nine points in their bid to stay in the First Division.

The clash between the two bottom-placed teams evokes much interest, like the one between Al Duhail and Al Sadd which may decide the title this week.

Al Khor are placed 11th with 15 points, three more than 12th-placed side Al Kharaitiyat, who will also fight it out because if they lose, Al Khor will move to 18 points, making their stay in the top flight at stake with just two more rounds to play.

Al Kharaitiyat have also won four matches, but they lost the remaining 15 games. They have a goal difference of -33, the worst record among all teams, having scored only 16 and conceded 49.

Al Khor had defeated Al Kharaitiyat 5-1 in the first leg.