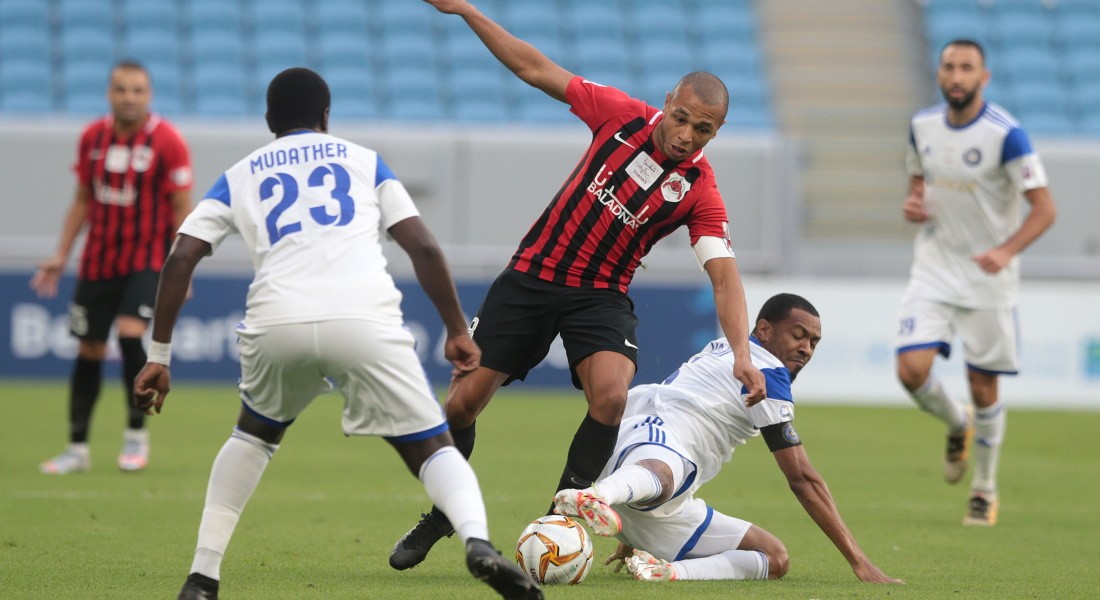 Al Rayyan defeated Al Sailiya 1-0 in Week 20 of the 2019-20 season QNB Stars League at the Al Janoub Stadium on Thursday.

Yacine Brahimi scored the all-important goal in the eighth minute as Al Rayyan moved on to 45 points, one less than leaders Al Duhail who will face champions Al Sadd on Saturday.

It was The Lions’ 13th victory, while Al Sailiya remained on 25 points following their ninth defeat and are almost out of contention for a top-four finish with only two rounds of action remaining.

The result was a blow to Al Sailiya, who had finished third last season, their best-ever finish in the league, and thus played in the Qatar Cup and AFC Champions League play-off.

For Al Rayyan, it was a brilliant comeback after being held by Al Arabi goalless in Week 19.

Al Sailiya matched Al Rayyan ball for ball and even in ball possession (50 per cent) each though the latter had more opportunities, especially in the first half.

However, the goal by Brahimi, one of the tournament top scorers, even before The Peregrines had settled down made all the difference. The Algerian placed the ball home past goalkeeper Amine Lecomte in no time after being assisted by youngster Ibrahim Masoud from the left.

Al Rayyan’s were at it with a spate of attacks. Brahimi was unlucky with a free-kick in the 30th minute and, four minutes later, Lecomte first thwarted Sebastian Soria and then Franck Kom. And Abdulaziz Hatem sent a swerving shot wide of the target.

At the other end, Al Sailiya’s best chance fell to Abdulqadir Ilyas, but he failed to connect the ball sent through by Serigne Mbodji with a bicycle kick.

After many exchanges in the second half, Al Rayyan’s Abdulrahman Al Harazi missed a chance in the 87th minute when he chipped the ball past Lecomte from the right only to see it go wide after he was set up by Brahimi with a through pass from the middle.