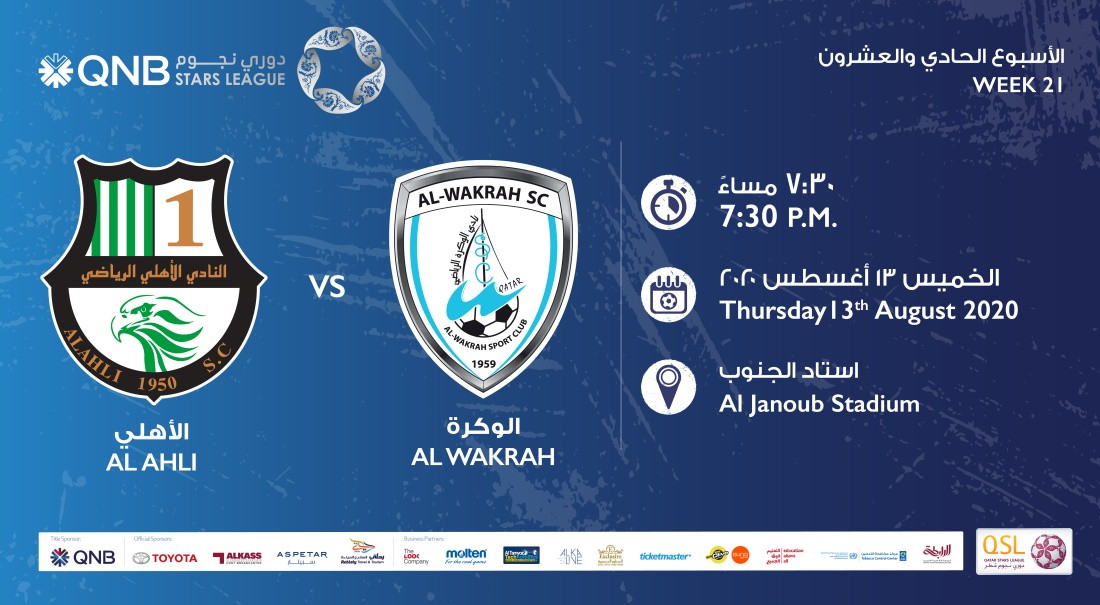 Al Ahli are eighth in the QNB Stars League standings with 20 points. The Brigadiers have five wins, as many draws and 10 defeats against their name, and their goal difference is -10 (24 goals for and 34 against).

Al Ahli, coached by Nebojsa Jovovic, had lost in Weeks 18 and 19 to Al Shahania and Al Sadd respectively before pulling off a 1-1 draw against Umm Salal in the previous round. They will be keen to get back to winning ways.

Marquez Lopez-coached Al Wakrah are placed seventh with 24 points. The Blue Wave have recorded six wins, as many draws and eight defeats, and their goal difference is -2, having scored 27 goals and conceded 29.

Al Wakrah, playing in the top flight after a gap of two seasons, are coming off a 2-1 victory over Al Arabi.