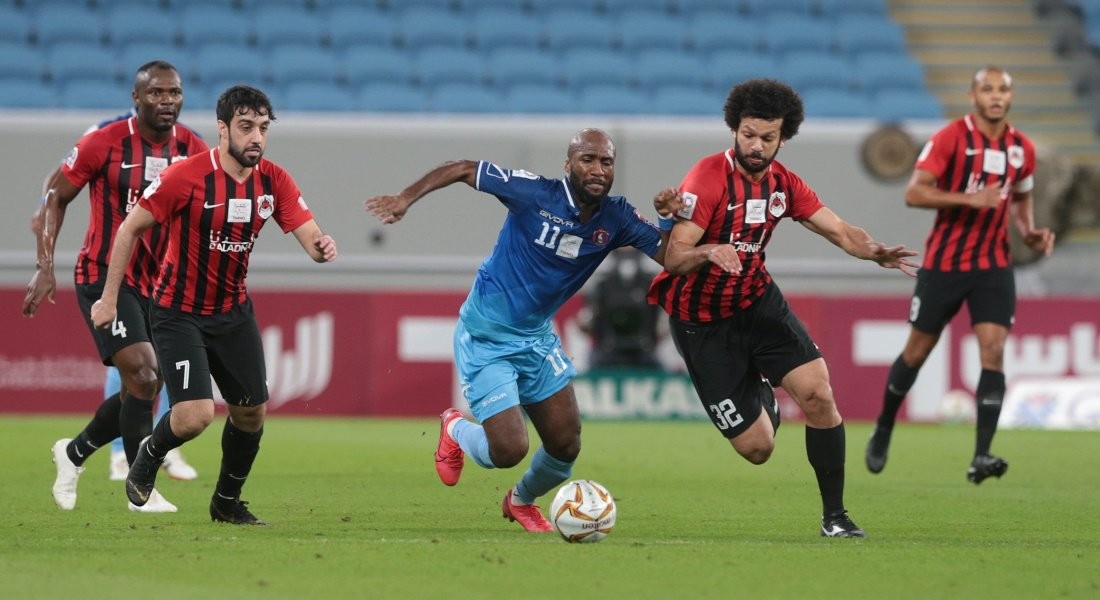 Yacine Brahimi yet again came to Al Rayyan’s rescue by scoring the winning goal as they defeated Al Shahania 1-0 in Week 21 of the 2019-20 season QNB Stars League at the Al Janoub Stadium on Friday.

Brahimi converted a penalty in the 84th minute and Al Rayyan moved on to 48 points to keep their title hopes alive going into the final round.

The Algerian attacking midfielder, one of the leading scorers in the league, had scored Al Rayyan’s all-important goal against Al Sailiya in Week 20 as well.

It was Al Rayyan’s 14th victory. They are just one point behind leaders Al Duhail, who defeated Al Khor 1-0 in the day’s simultaneous kick-off.

Meanwhile, Al Shahania’s woes compounded as they stayed bottom of the table with 15 points following their 10th defeat. They had been doing well ever since Nabil Anwar took charge of them replacing Spaniard Jose Murcia during the break.

They beat Al Ahli 3-1 in Week 18, the first match they played under Nabil, and followed it up with a 2-2 draw with Al Sailiya in Week 19 and goalless draw with Qatar SC in Week 20.

This time too, Al Shahania held on, despite Al Rayyan attacking more, till they conceded a penalty late into the game, awarded when Saleh Al Yahri ‘handled’ the ball as he and Al Rayyan defender Gabriel Mercado chased a corner kick taken by Brahimi.

The best chances of the first half were Mercado header off Abdulaziz Hatem’s free-kick being saved by goalkeeper Ebrahim Daryoush and Al Shahania’s Ramin Rezaein failing to connect a Jameel Saleem cross from the right.

Abdulaziz Hatem was at it again in the 66th minute with a long shot and Daryoush first fumbled in collection of the ball, but was successful before Abdulrahman Al Harazi could connect the rebound.