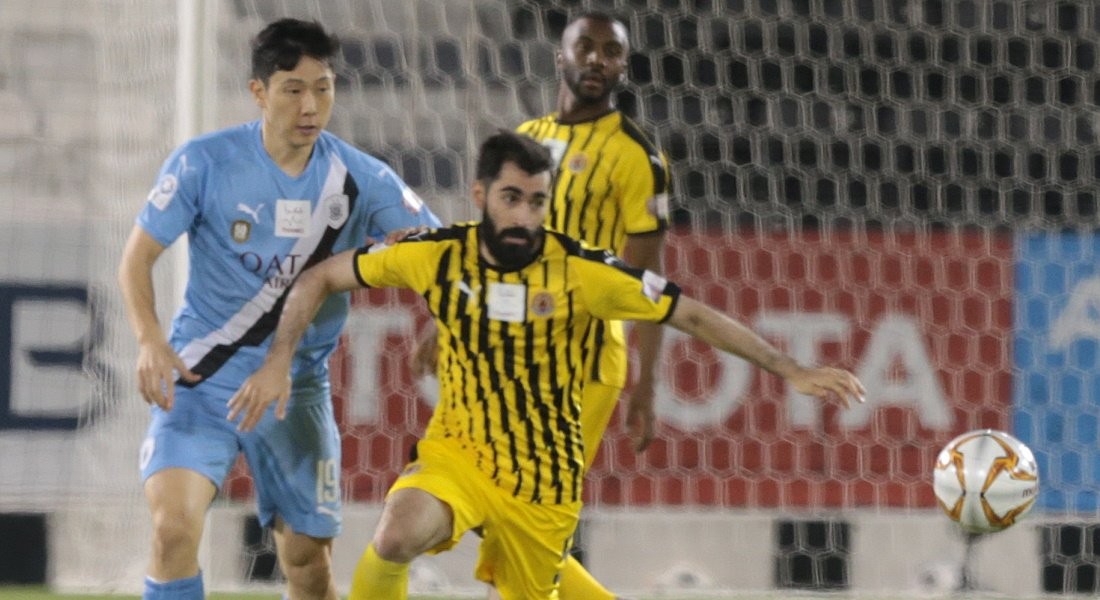 Al Sadd pulled off a dramatic last-gasp 1-0 win over Qatar SC in Week 21 of the  2019-20 season QNB Stars League at the Al Sadd Stadium on Thursday.

The Wolves thus kept their title hopes alive, even though remote.

Al Duhail and Al Rayyan will be in action on Friday, against Al Khor and Al Shahania respectively.

Al Sadd thus exacted a sweet revenge on Qatar SC to whom they had suffered a shock 0-3 loss in the first leg of 2019-20 QNB Stars League.

Qatar SC remained on 19 points and are still in the danger zone.

Al Sadd, who had registered a 1-0 victory over Al Duhail in the last round, dominated the proceedings with 74 per cent possession in both halves, but Qatar SC managed to restrict them from scoring almost until the stroke of final whistle.

Kayke’s shot was parried by Al Sadd goalkeeper Saad Al Dossari in the 39th minute and Al Haydous was off target as the first half ended goalless.

The stalemate continued till deep into stoppage time despite the efforts by Nam, Jung and Bounedjah.

Finally, when the breakthrough came as an unmarked Bounedjah headed in a Rodrigo Tabata corner kick from the left, it turned out to be heartbreak for Qatar SC who also had much at stake, having been in the battle to avoid relegation.