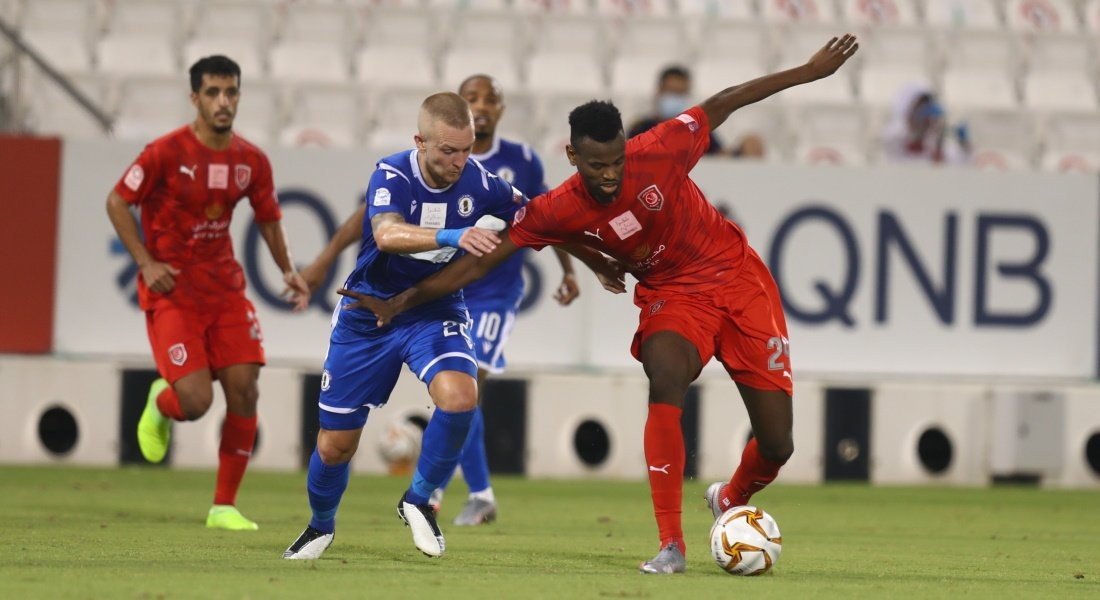 The 2019-20 season QNB Stars League has literally gone down to the wire in terms of competition following the Week 21 action. It may look rare that all six matches produced 1-0 results.

Week 21 fixtures were held on 13th and 14th August at the Al Janoub and Al Sadd Stadiums, with three games on each day.

A notable feature was the presence of fans at the venues following the decision of Qatar Stars League, in co-operation with the authorities concerned, to issue a limited number of tickets for each match, as per the precautionary measures related to coronavirus.

Al Duhail and Al Rayyan emerged as the only contenders for the championship with victory over Al Khor and Al Shahania respectively, while reigning champions Al Sadd went out of contention despite beating Qatar SC with a last-gasp goal scored by Baghdad Bounedjah.

The victory, Al Sadd’s 14th, did not help their cause because both Al Duhail (49 points) and Al Rayyan (48 points) did not slip up.

Al Sadd (44 points) have to be content with the third place this season.

Similarly, the battle to avoid relegation and play-off also hotted up between ninth-placed Qatar SC (19 points), Umm Salal (17), Al Khor (16) and Al Shahania (15), after all of them lost.

Umm Salal were beaten by Al Gharafa, who were assured of a fourth-place finish after Week 20 as they had taken an unassailable lead for that position over nearest competitors.

Al Sailiya and Al Wakrah earned promotions in the table, which had remained unchanged ever since the QNB Stars League resumed after a long break with Week 18 action.

Al Sailiya (28 points) moved from sixth to fifth position after defeating Al Arabi (25 points) in a much-awaited encounter. Both teams had the same number of points, but Al Arabi were placed higher on goal difference, going into the match.