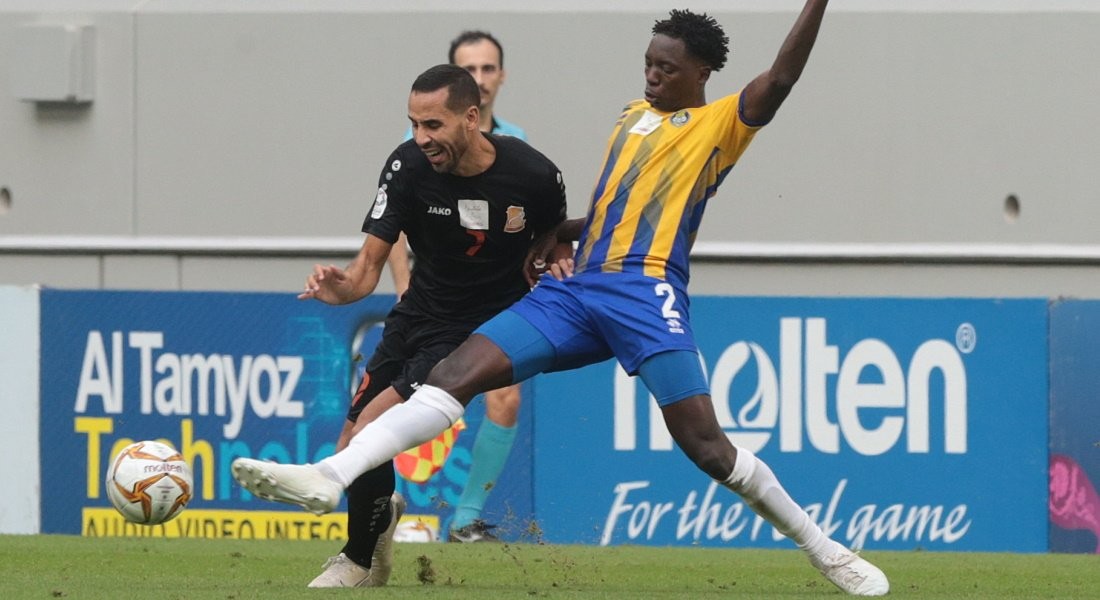 Al Gharafa defeated Umm Salal 1-0 in Week 21 of the 2019-20 season QNB Stars League at the Al Janoub Stadium on Friday.

Homam Elamin scored the all-important goal in the 71st minute.

Al Gharafa, who had already ensured the fourth position despite being drawn by Al Khor in Week 20, moved on to 35 points, while Umm Salal remained on 17 points.

It was The Cheetahs’ 10th victory this season, whereas Umm Salal, under Aziz Ben Askar, who had not lost a match since the QNB Stars League resumed following a long break forced by the coronavirus (Covid-19) pandemic, suffered their 10th defeat. The Orange Fortress had held leaders Al Duhail, Qatar SC and Al Ahli, all to 1-1 draws, to earn three crucial points going into the Al Gharafa game.

That left Umm Salal with their fingers crossed ahead of their last-round game against Al Sailiya, as the former face relegation threat.

Al Gharafa, coached by Serb Slavisa Jokanovic, had taken an unassailable lead for the fourth place, which will guarantee them a place in the Qatar Cup and possible AFC Champions League play-off berth next year, after the Week 20 results.

Against Umm Salal, they had more of the ball relatively.

Al Gharafa’s Ahmed Alaaeldin, Jonathan Kodjia and Homam had chances in the first half.

Al Gharafa’s Sofiane Hanni came off the bench in the 57th minute replacing Othman Al Yahri. The Algerian earned a penalty four minutes later when he was fouled by Ayyoub Azzi, but the resultant kick, taken by Hanni himself, was blocked by Umm Salal goalkeeper Baba Malick.

Umm Salal’s first worthwhile opportunity came in the 65th minute, but Raul Bezerra headed the ball over the bar.

Al Gharafa surged ahead when Homam came up with a first-time, thunderous left-foot volley that beat goalkeeper Malick after he received the ball from a faulty headed clearance by Azzi off a cross from the right by Muad Hassan.

Umm Salal had a chance to level the score in the 83rd minute, but Fahd Khalfan hit the side-netting.