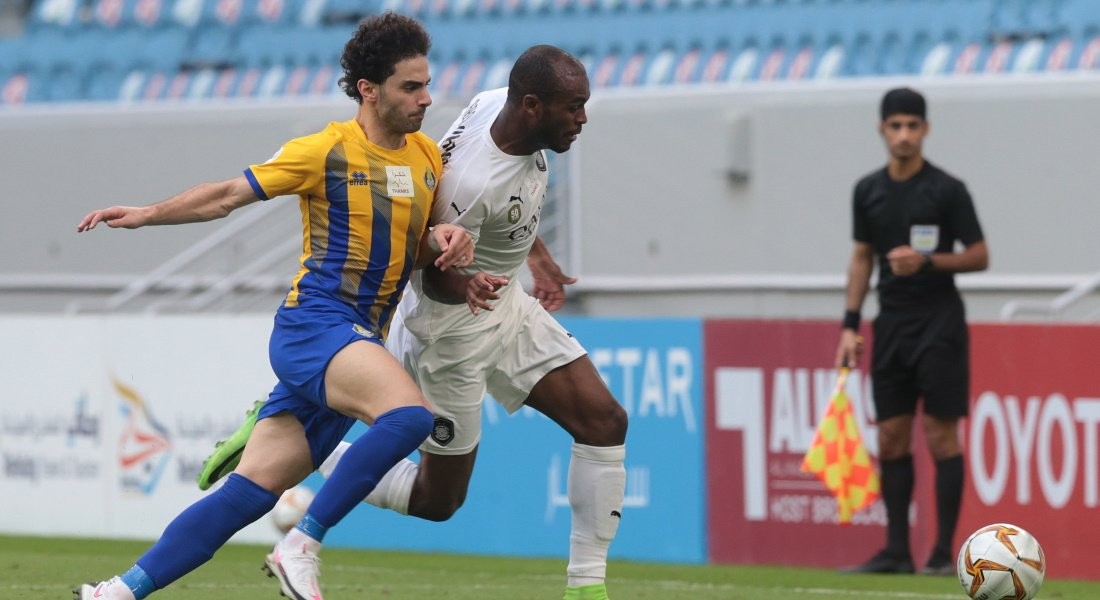 Al Sadd and Al Gharafa played out a 1-1 draw in the final round (Week 22) of 2019-20 season QNB Stars League at the Al Janoub Stadium on Thursday.

Ahmed Alaaeldin scored for Al Gharafa in the 65th minute, a lead that was neutralised by Al Sadd’s Akram Afif from the penalty spot (90+1).

Al Sadd and Al Gharafa ended their campaign with 45 and 36 points respectively.

Reigning champions Al Sadd had beaten Al Gharafa by a 5-1 margin in their first-leg match, so it was a vastly-improved performance by The Cheetahs.

Al Sadd and Al Gharafa were the only teams to have ensured their positions, third and fourth respectively, going into the final round.

Al Sadd went out of reckoning for the title after Week 21, as strong contenders Al Duhail and Al Rayyan both did not drop points. The Wolves could not catch up with the top two and had to be content with the third position this season.

In a barren first half, Al Sadd’s Yousef Abdulrazak and Akram each were twice thwarted by Al Gharafa goalkeeper Salah Zakaria.

At the other end, Sofiane Hanni was the livewire for Al Gharafa as he combined well with Jonathan Kodjia, whose long shot was blocked by Al Sadd goalkeeper Meshaal Barsham.

Al Gharafa surged ahead after the hour mark when Ahmed Alaaeldin found the target, with Sofiane doing the spadework and Saeed Eisa assisting for the goal.

Al Gharafa had to play with 10 men after Almahdi Ali was given his marching orders in the 78th minute.

Three minutes later, Al Sadd appealed for a penalty when Othman Al Yahri seemed to have fouled Akram inside the box, but it was ruled out.

Salah Zakaria, who had a good outing, thwarted Baghdad Bounedjah and Hassan Al Haydous in the 84th minute.

Soon, Al Sadd earned a penalty, with the script getting repeated. The offender was Othman and defender Akram, but the latter sent his shot against the left upright.

Al Sadd were not to be denied as they were rewarded with another penalty, this time Sofiane ‘handling’ a Jung Woo-Young chip shot. Akram converted from the spot to help his team draw level.