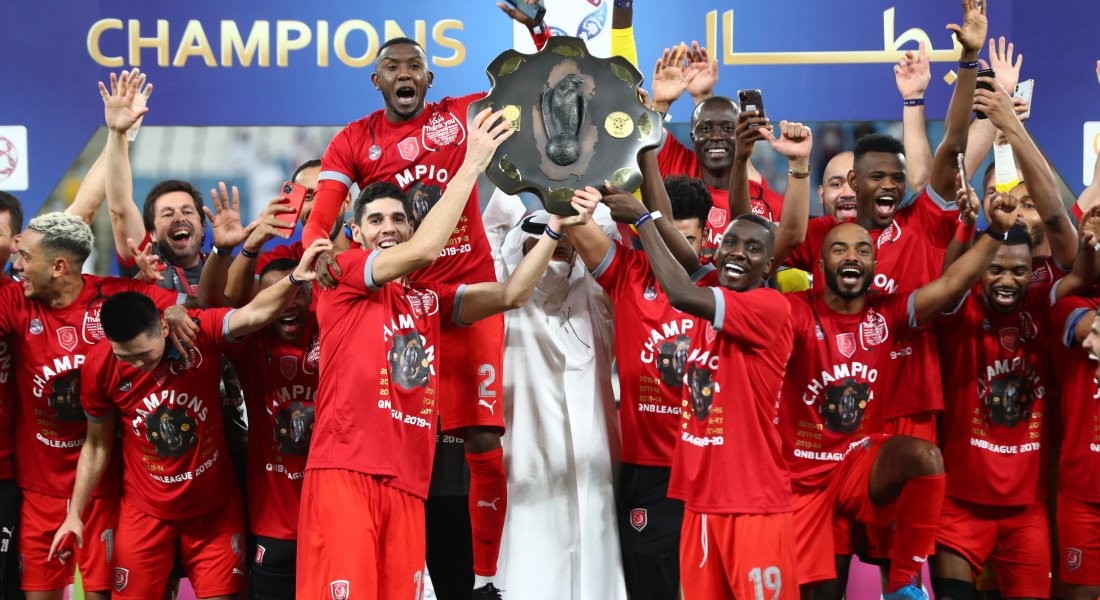 Al Duhail emerged as the 2019-20 season QNB Stars League champions as curtains were down on yet another edition of the tournament last weekend with Week 22 action. Two of the six matches ended in draws and nine goals were scored.

Al Duhail regained the coveted shield with 52 points, one ahead of Al Rayyan. It was The Red Knights’ seventh league triumph.

Paulo Edmilson scored what turned out to be the all-important goal for Al Duhail against Al Ahli at the Al Janoub Stadium on Friday.

Al Rayyan defeated Al Wakrah 2-0 in the simultaneous kick-off at the Al Sadd Stadium, but that was not enough for The Lions to win the league shield.

The equation was that Al Duhail will become victorious if they beat Al Ahli, irrespective of the result of Al Wakrah vs Al Rayyan game.

Al Ahli and Al Wakrah finished ninth and sixth with 20 and 27 points respectively.

Last season’s champions Al Sadd, who were out of contention for the title before the final round, settled for the third place. The Wolves played out a 1-1 draw with Al Gharafa, as they ended up third and fourth with 45 and 36 points respectively.

Al Sadd and Al Gharafa were the only teams to have ensured their positions going into the final round.

Al Shahania suffered the heartbreak of getting directly relegated to the Second Division despite holding Al Khor to a 2-2 draw. Nabil Anwar’s wards finished bottom of the 12-team tournament with 16 points, one less than 11th-placed Al Khor who will face the Second Division runners-up in play-off for a place in next season’s top flight.