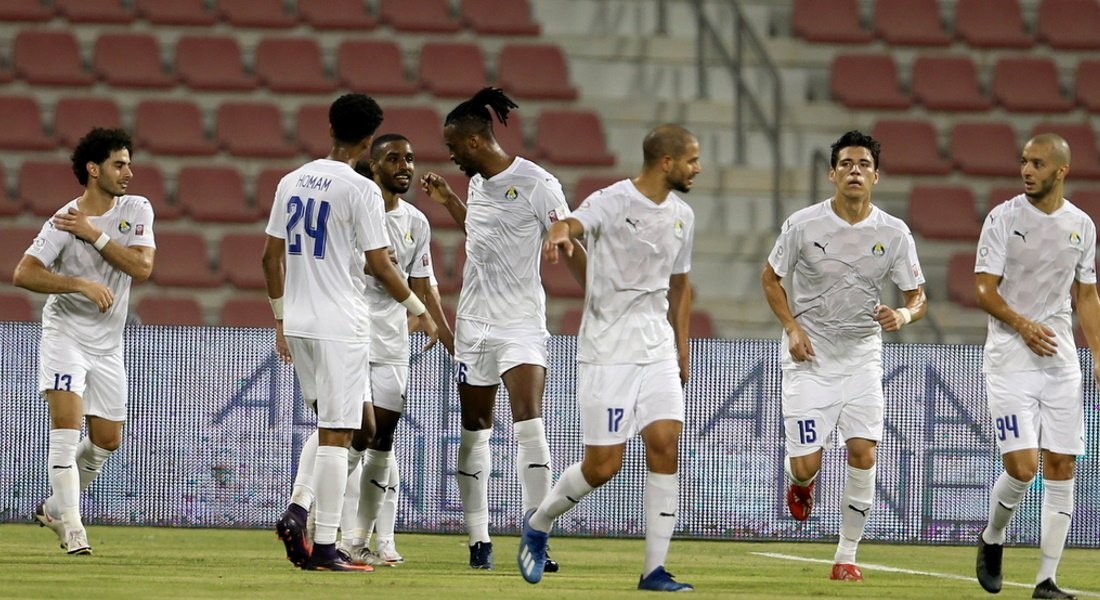 Al Gharafa got back to winning path by beating Al Arabi 2-1 in Week 3 of the 2020-21 season QNB Stars League at the Al Arabi Stadium on Sunday.

Al Gharafa had started off their campaign in the new season on a winning note, beating Qatar SC 2-0, but they lost 1-3 to Al Rayyan in Week 2. The Cheetahs, who had finished a creditable fourth in the 2019-20 season, can take the break in the tournament with a six-point cushion.

Al Arabi stayed on one point that they collected from their 2-2 draw with Al Khor in the opener. The Dream Team had then lost 0-2 to Al Ahli.

The encounter featured two clubs with rich history and tradition in Qatar football with a passionate fan base.

Al Gharafa’s game invariably revolved around Ahmed Alaaeldin, who gave the pass for their first goal and earned the penalty that resulted in the team’s second goal.

Alaaeldin was in outstanding form and he started off as early as the third minute, but his shot was blocked by Al Arabi’s Khalaf Sadd. Alaaeldin was at it again in the ninth minute. This time, goalkeeper Mahmoud Abunada collected his shot.

Kodjia volleyed home Alaaeldin’s measured cross to give his side the lead.

Mehrdaad Mohammmadi’s shot, that was thwarted by goalkeeper Qasim Burhan, was Al Arabi’s’s only real attempt at the goal in the opening session, while Al Gharafa’s Hector Moreno, with a header, and Homam Elamin, with a left-footer, also made tried.

A few minutes after resumption of play, Alaaeldin’s beaming shot flew over the bar and Hanni shot wide of the target after one hour. Kodjia then sent his shot straight to the goalkeeper.

Hanni converted the penalty awarded when Jassem Jaber fouled Alaaeldin. Jassem was sent off with his second yellow card and Hanni converted from the spot, sending the goalkeeper the wrong way.

Al Arabi’s goal came when Hamdi, who came on for Abdulaziz Al Ansari, produced a moment of brilliance.

Al Arabi made a late push for an equaliser that never came.