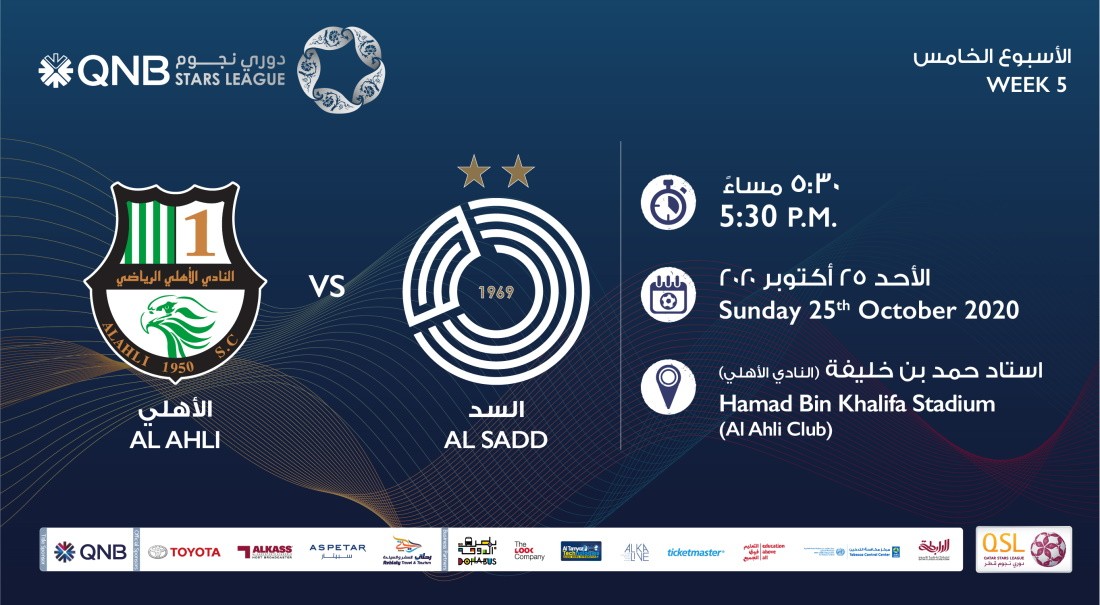 Al Ahli are having a dream run being the only team with an all-win record. They are leading the table with 12 points, followed by Al Sadd on 10 points.

So the encounter between the first and second-placed teams is sure to draw much attention on and off the field, with both sides having rich tradition and enjoying big fan support as well.

Al Ahli and Al Sadd have outstanding players in their ranks and that should spice up the clash.

The technical battle between Al Ahli coach Nebojsa Jovovic and his Al Sadd counterpart Xavi Hernandez will also come to the fore.

Al Sadd are also on a high following their 3-1 victory over strong title rivals Al Duhail on Wednesday, 21st October. The match was postponed from Week 3 due to both teams’ participation in the 2020 AFC Champions League.

They beat Al Kharaitiyat and Al Sailiya by an identical 5-1 margin in the first two weeks, but dropped two points with their goalless draw against Al Khor in Week 4.