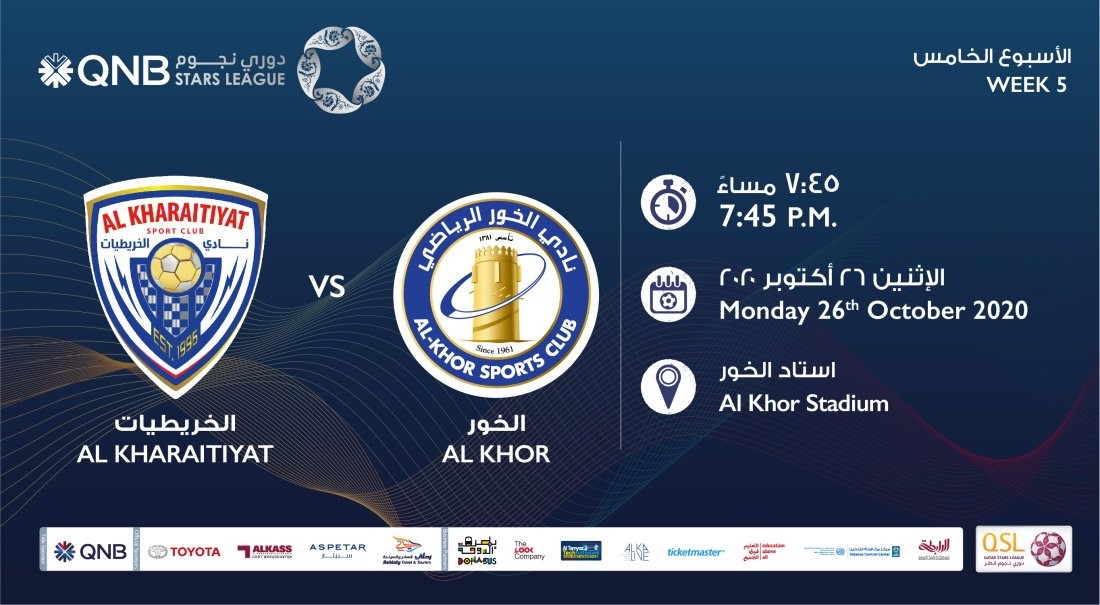 Al Kharaitiyat are 11th with three points that they bagged with their victory over Qatar SC in Week 2. That was a compensation for their big-margin (1-5) loss to Al Sadd in their opener.

The Thunders, coached by Yousef Adam, however crashed to a 0-2 loss to Al Sailiya in Week 3 and Al Gharafa by the same margin in Week 4.

Al Khor are ninth in the table with three points that they collected from their drawn encounters with Al Arabi (2-2), Umm Salal (goalless) and Al Sadd (goalless). The Knights, who have Frenchman Hantz Frederic as their new coach, had lost 0-1 to Al Ahli in Week 3.

Al Khor did well last week in holding formidable Al Sadd and they will be eager to extend it to the Al Kharaitiyat game.