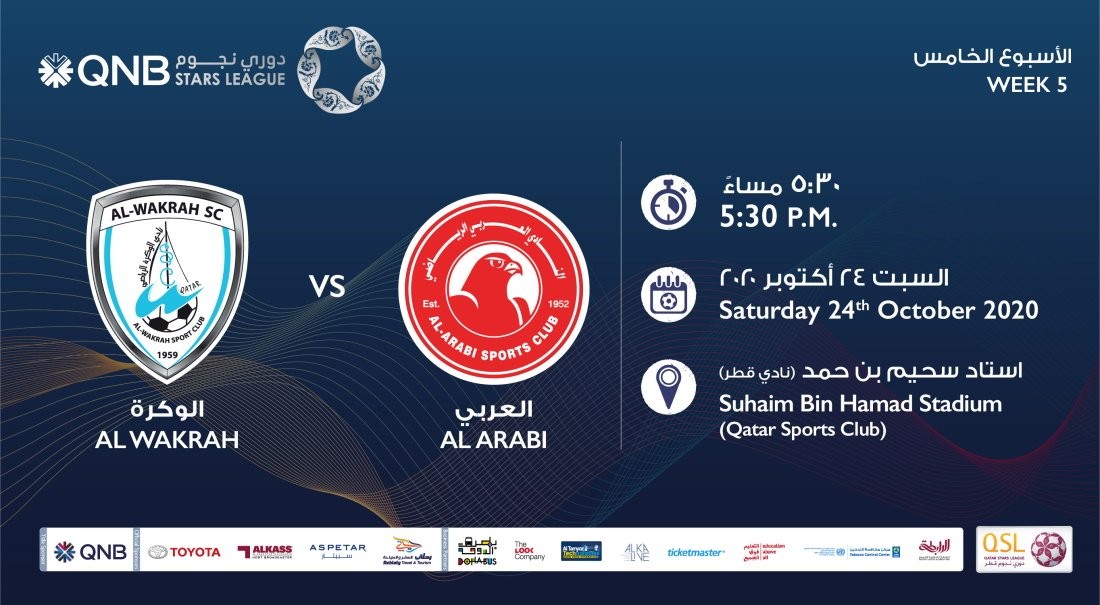 Al Wakrah went down from third to sixth place in the standings after their 0-1 loss to Al Rayyan last week as they remained on six points.

Al Wakrah had made headlines by handing a shock 1-0 defeat to holders Al Duhail in Week 2.

The Blue Wave, under Spaniard Marquez Lopez, thus got their campaign on track after losing 1-2 to Al Ahli in their opener. They built on the success against Al Duhail to score a 2-0 win over Umm Salal in Week 3.

Al Wakrah had done well last season by finishing in the sixth position.

On the other hand, Al Arabi, coached by Icelander Heimir Hallgrimsson, jumped from 11th to seventh in the table with four points after beating Umm Salal 2-1 by a last-gasp goal in Week 4. It was also their first victory in this season’s league competition.