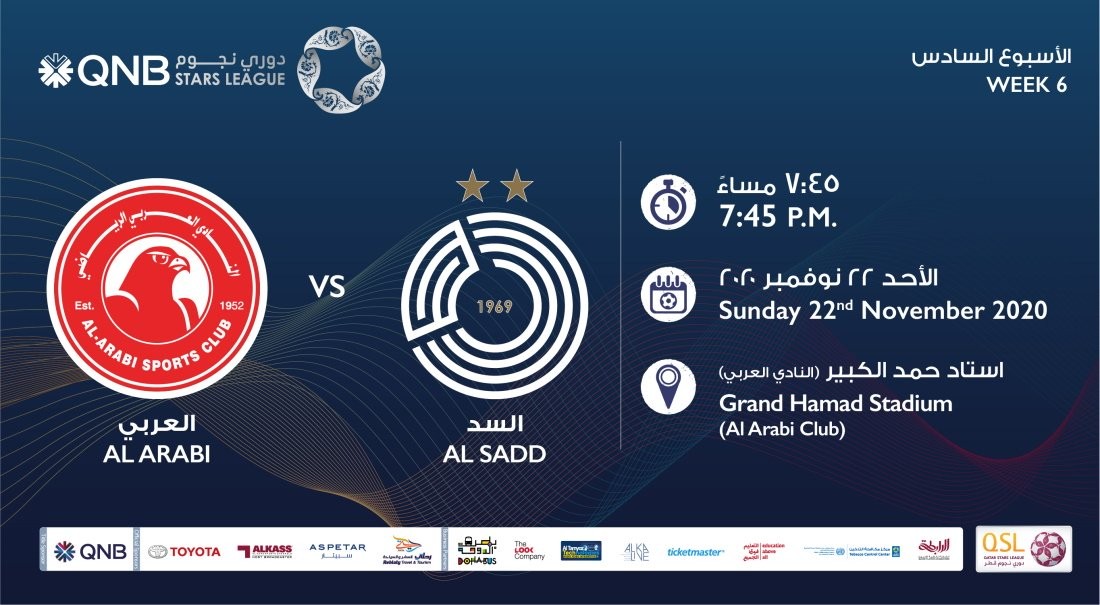 Al Arabi, coached by Icelander Heimir Hallgrimsson, are ninth with five points (one victory, two draws and as many defeats).

Al Arabi will be keen to put behind the disappointment of their exit from the 2020-21 season Ooredoo Cup quarterfinal after losing 4-5 to Al Sailiya in sudden death (2-2 after regular time and 4-4 after tie-breaker).

Al Sadd are leading the QNB Stars League table with 13 points. The Wolves are the only side with an unbeaten record. They have scored the most number of goals (20) and conceded the least (four), than any other team, and have a goal difference of +16.

The only time Al Sadd dropped points was when they were held goalless by Al Khor.

The encounter between Al Arabi and Al Sadd, teams with a strong and loyal fan base, is sure to be a thriller. Dubbed the Qatar Derby, the match-up always evokes a keen interest among players, fans, stakeholders and the like.