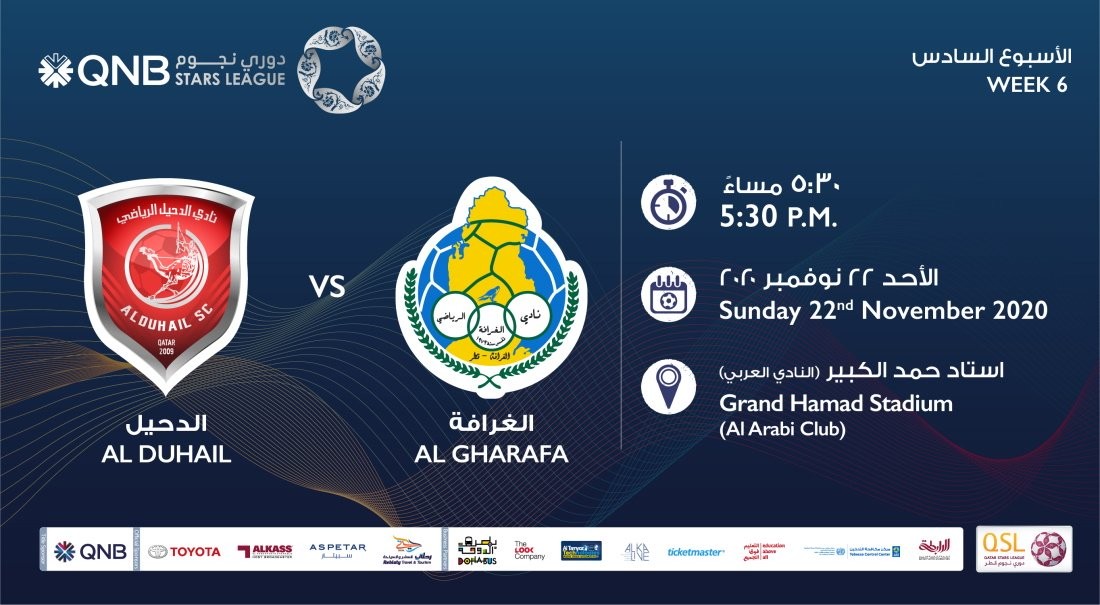 Reigning champions Al Duhail and Al Gharafa both have nine points, but the former are placed third on better goal difference (+2 as against Al Gharafa’s +1).

Al Duhail have three wins (3-0 over Umm Salal, 2-1 over Qatar SC and 2-1 over Al Rayyan). And they lost two games. The Red Knights, now under Sabri Lamouchi, suffered a setback as they lost 1-3 to title rivals Al Sadd in a high-voltage match postponed from Week 3 due to both teams’ participation in the 2020 AFC Champions League.

Al Duhail’s other defeat was against Al Wakrah (0-1).

Al Gharafa too have three victories to their credit (2-0 over Qatar SC, 2-1 over Al Arabi and 2-0 over Al Kharaitiyat). The Cheetahs lost 1-3 to Al Rayyan and 2-4 to Al Sailiya.

Al Gharafa, coached by Serb Slavisa Jokanovic, had finished a creditable fourth in the 2019-20 season.

Both teams have outstanding players in their ranks and the contest promises to be thrilling.