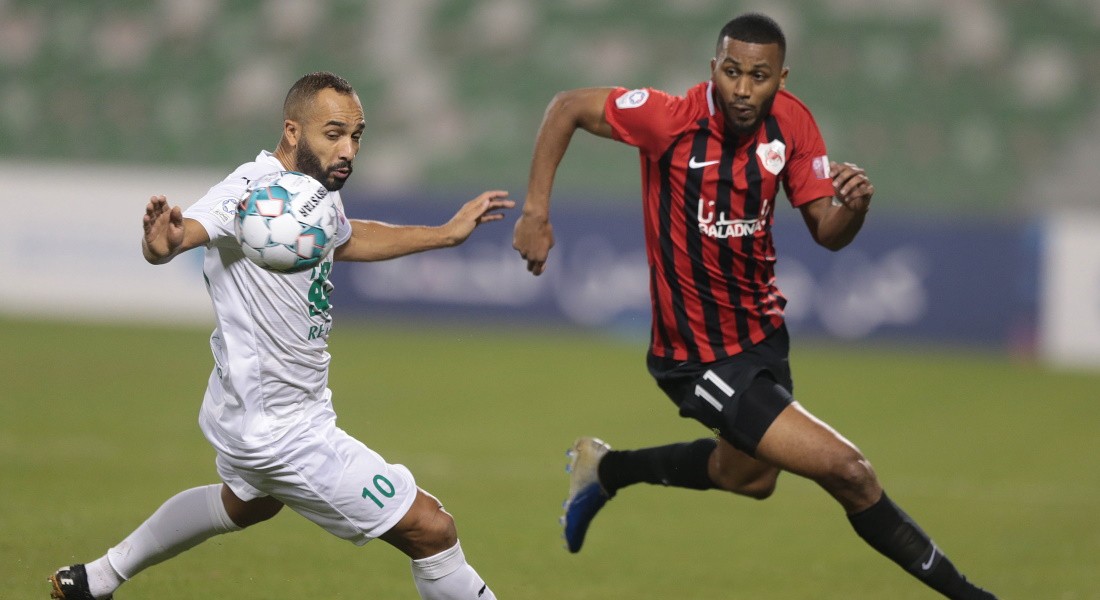 Al Ahli held Al Rayyan 1-1 with the help of a last-gasp goal in Week 7 of the 2020-21 season QNB Stars League at the Al Ahli Stadium on Thursday.

Franck Kom put Al Rayyan ahead in the 77th minute, the lead that was neutralised by Al Ahli’s Nabil El Zhar (90+5 penalty).

The signature match of Week 7, an encounter between clubs with great history and rich tradition in Qatar football, had all ingredients of a thriller.

Al Ahli and Al Rayyan now have 16 and 11 points respectively.

Possession was almost equal, as both sides fought it out.

They attacked from the word go, but a goal eluded the opening session.

In the first half, Gabriel Mercado sent his shot wide, Abdulaziz Hatem was thwarted by Al Ahli goalkeeper Ivanildo Rodriguez and Kom headed wide of the target for Al Rayyan, who continued to miss the services of their ace player Yacine Brahimi through illness.

Both teams sustained the momentum in the second half.

Al Ahli’s Ali Qaderi had a goal disallowed for offside in the 66th minute when he was on hand to send in a rebound off the left upright after Nabil shot first.

Much to Al Ahli’s dismay, an unmarked Kom took Al Rayyan ahead by taking advantage off an assist by Yohan Boli.

When it looked like Al Rayyan would seal an important victory came the breakthrough deep into stoppage time. Al Ahli’s substitute Nasser Khalfan was fouled by Mohammed Alaaeldin and referee Abdulla Ali Athba pointed to the spot, a decision confirmed by the Video Assistant Referee. And Nabil converted from the spot.