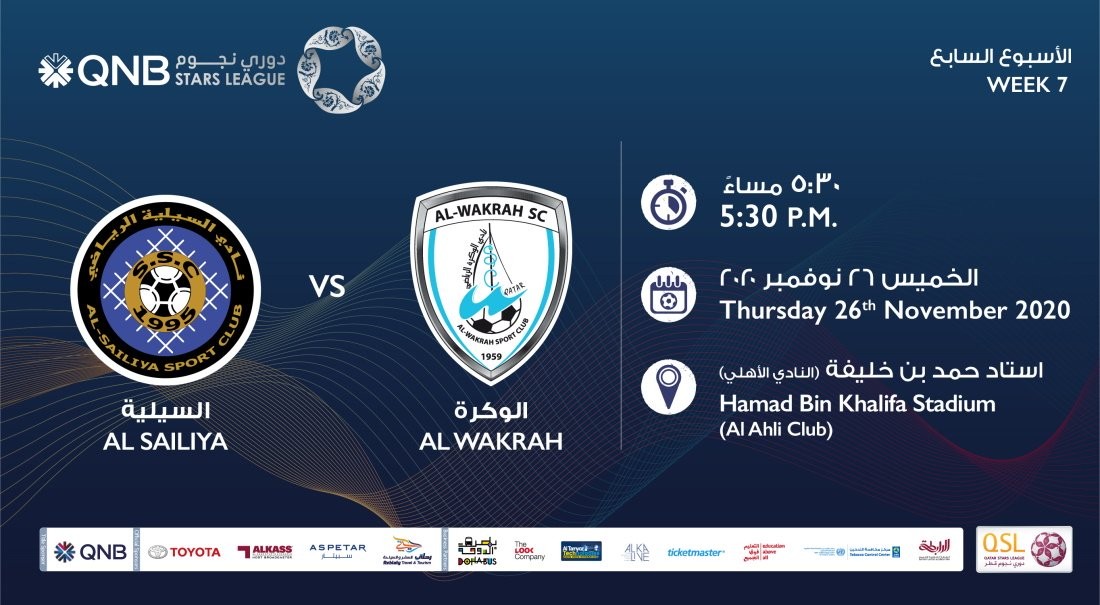 Al Sailiya and Al Wakrah had dropped points in Week 6, so both teams, placed in the middle of the table, will be keen to win

Al Sailiya are sixth with eight points. The Peregrines have two victories to their credit (2-0 over Al Kharaitiyat and 4-2 over Al Gharafa).

Al Sailiya, under the tutelage of Sami Trabelsi, had held last season’s runners-up Al Rayyan to a creditable 1-1 draw in their opener, but lost 1-5 to Al Sadd and 0-2 to Al Ahli.

Al Sailiya, who had recently reached the semifinals of 2020-21 season Ooredoo Cup by edging Al Arabi in sudden death, played out a goalless draw with Al Khor in the last round.

Al Wakrah are seventh with seven points. The Blue Wave, coached by Spaniard Marquez Lopez, won two matches (1-0 over holders Al Duhail and 2-0 over Umm Salal). They lost three games (1-2 against Al Ahli, 0-1 against Al Rayyan and 0-1 against Qatar SC in the last round).

Al Wakrah’s other point came from their 2-2 draw with Al Arabi.

Al Wakrah too had progressed to the semifinals of 2020-21 season Ooredoo Cup by beating Al Kharaitiyat in tie-breaker recently.