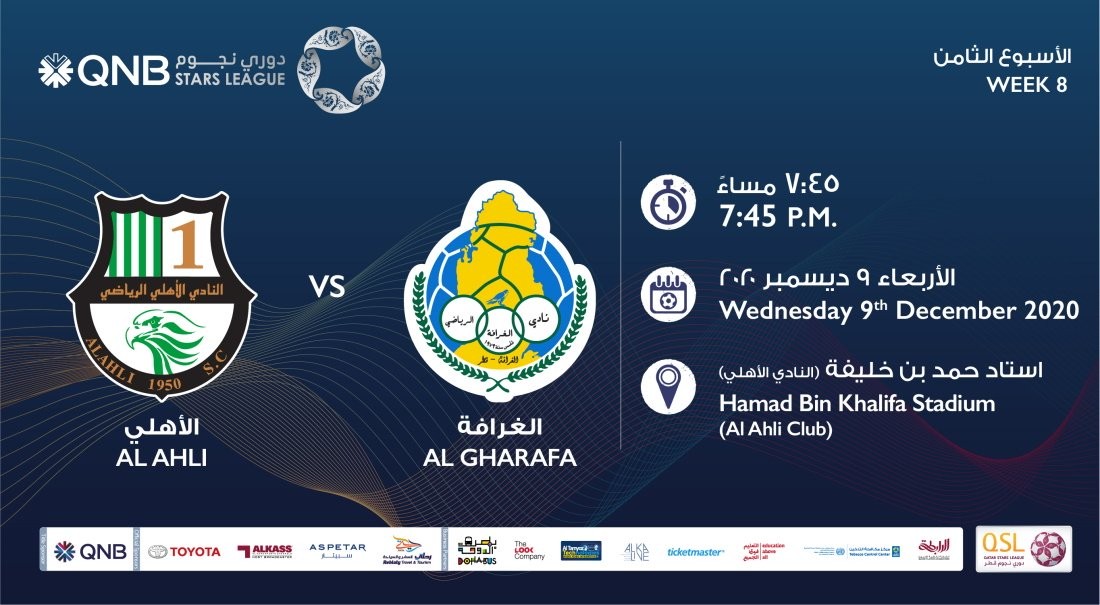 The encounter between the top-four teams is one of the highlights of Week 8, the other being Al Arabi vs Al Rayyan game.

Al Ahli, who were in the lead position early in the tournament, are now placed second with 16 points, three less than leaders Al Sadd. The Brigadiers have notched up five wins, while they drew and lost one match each to have a goal difference of +2 (11 goals for and nine against).

Al Gharafa are placed third with 15 points (five wins and two defeats). The Cheetahs have a goal difference of +7 (18 goals for and 11 against).

Al Gharafa have the second-best goal difference in the tournament so far, after leaders Al Sadd (+21).

Al Ahli coach Nebojsa Jovovic is expected to have a full-strength squad at his disposal, while his Al Gharafa counterpart Slavisa Jokanovic will miss the services of defender Almahdi Ali due to his cruciate ligament injury.