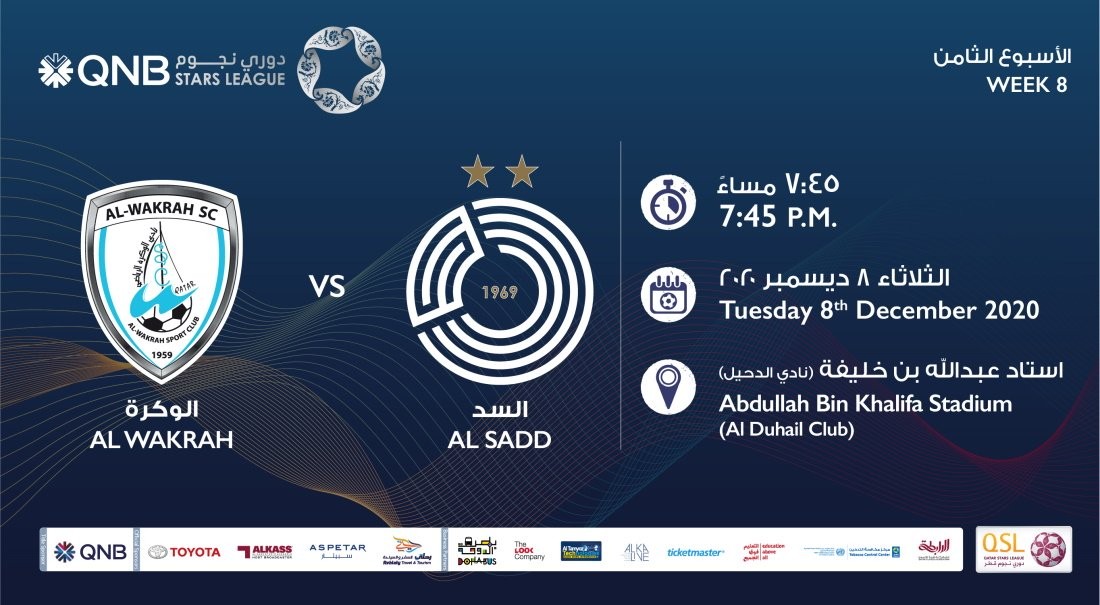 Both teams are going through a good phase, Al Sadd beating Umm Salal 3-1 and Al Wakrah defeating Al Sailiya by the same margin in Week 7. And they will be eager to continue their winning streak.

Al Wakrah are placed sixth with 10 points (three wins, as many defeats and one draw). The Blue Wave have a goal difference of +2 (nine goals for and seven against).

Al Sadd are topping the table with 19 points and are the only unbeaten side so far in the tournament. They have six victories and one draw to their credit. The Wolves have a goal difference of +21 (27 goals for and six against), which is the most by any team.

Al Wakrah, who had earlier beaten holders Al Duhail, would be keen to collect as many points as possible to improve their position.

On the other hand, Al Sadd would surely not want any slip-up as they seek to regain the coveted league shield.