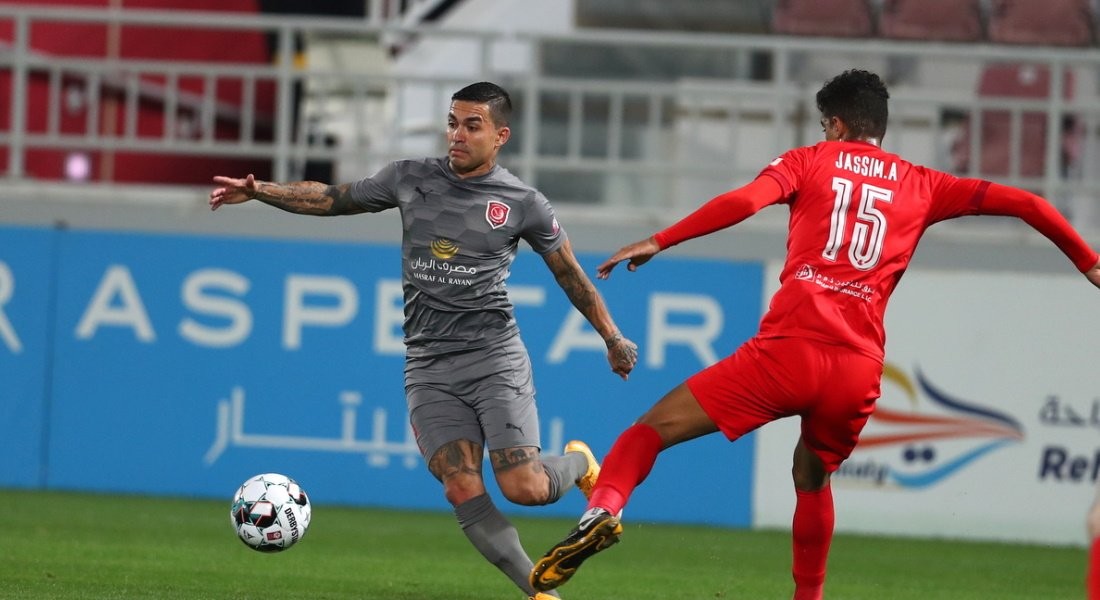 A double by Edmilson Junior (32nd and 78th minutes) powered defending champions Al Duhail to their fifth win and on to 15 points.

Al Arabi remained on six points after their fifth defeat.

After a cagey start, Al Arabi’s Abdulla Al Marafi provided a bit of flair when he attempted a bicycle kick from the edge of the box, but his spectacular shot was punched by keeper Mohammed Al Bakri in the sixth minute.

Two minutes later, Al Duhail’s Eduardo Rodrigues (Dudu) dribbled past Ibrahim Kalla and charged into the Al Arabi box. The Brazilian fired a powerful shot that sailed past the Al Arabi goalpost in what was their first serious attempt at goal.

Edmilson curled in a powerful left-footed drive that was smartly pouched by Al Arabi keeper Sataa Al Abbasi in the 15th minute as both teams traded attacks regularly.

Al Duhail then opened the scoring. Rodrigues, in the centre of the pitch near the Al Arabi box, found Edmilson with a short pass. Al Arabi’s Fahad Shnein gave a hot chase but Edmislon, after slipping into the box, flicked the ball to the right of the goalkeeper from close range.

With Al Duhail seeking momentum to their attacks, coach Sabri Lamouchi benched Mohammed Muntari, who received a yellow card in injury time of the first half, and brought in striker Almoez Ali. The Al Duhail duo of Luiz Martin and Dudu were also benched.

After a few tame exchanges, Edmilson curled in a long-range shot in the 66th minute, but his shot slipped past the post without causing damage to Al Arabi.

The Red Knights sealed their commanding show with another strike from Edmilson who fired a bullet from the edge of the box after a short pass from Almoez stationed around 20 yards away. Edmilson stopped the ball, made a quick assessment of the angle and then fired a shot to the right of Al Abbasi, who dived full length.