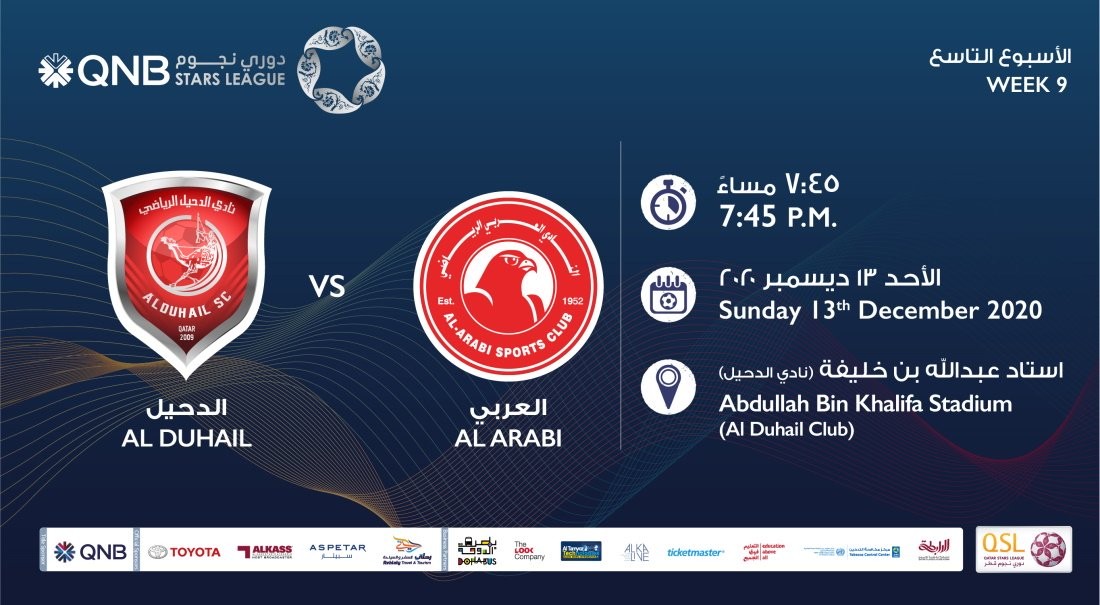 Reigning champions Al Duhail are sixth with 12 points. They have four victories and as many defeats with a goal difference of +1 (13 goals for and 12 against).

Both Al Duhail and Al Arabi had dropped points in the last round, the former crashing to a 1-2 defeat against Al Sailiya and the latter playing out a 1-1 draw with Al Rayyan.

In the process, Al Duhail slipped two places even as Al Arabi stayed in the 10th position with six points. The Dream Team have one victory, three draws and four defeats against their name to have a goal difference of -8 (nine goals for and 17 against).

Al Duhail cannot afford more slip-ups if they are to retain the title. Their coach Sabri Lamouchi will be keen to see his wards in better shape ahead of their FIFA Club World Cup engagement in Qatar in February. He should mainly have the services of the likes of Almoez Ali, Eduardo Rodriguez (Dudu) and Ramin Rezaien.

On the other hand, Al Arabi coach Heimir Hallgrimsson will count more on the attacking prowess of Abdulaziz Al Ansari, who netted their equaliser against Al Rayyan in Week 7, and Sebastian Soria. It will also be a good preparation for his wards ahead of their Amir Cup final against Al Sadd on 18th December.