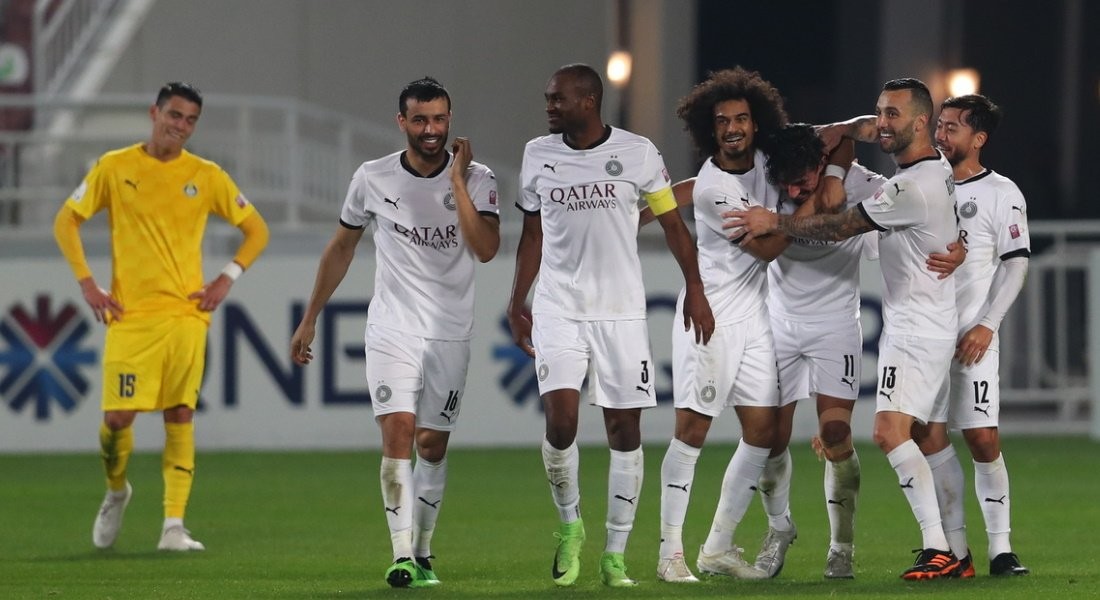 Koo Ja-Cheol scored in the 76th minute for Al Gharafa, who remained on 18 points after their third defeat.

In just the second minute of the fast-paced clash, Al Sadd captain Hassan Al Haydous, darting down the right flank, delivered a near-perfect cross for Baghdad Bounedjah, but Al Gharafa defender Tamim Al Muhaza kept his nose ahead of the feared Algerian striker to head the ball for a corner.

In the fourth minute, Al Gharafa’s Homam Elamin brought down Al Haydous close to his own box with a reckless tackle that saw the Qatar national team skipper writhing in pain. Khoukhi did not disappoint with the resultant free-kick, sending the ball into the net with a slick shot that sailed into the top right of net with Al Gharafa keeper Salah Hassan unable to stop the ball.

It was Khoukhi’s first goal of the season and it came off in a spectacular fashion.

On the half-hour mark, Tarek Salman of Al Sadd, after making his way into the Al Gharafa box, picked up a deflected ball and fired a shot that hit the goalpost.

Two minutes later, Al Gharafa wasted a golden opportunity to score off a penalty kick. Salman brought down Yousef Muftah of Al Gharafa. The referee sought the assistance VAR and then pointed to the spot kick. Al Gharafa’s Algerian midfielder Sofiane Hanni decided to go left of keeper Meshaal Barsham who produced a perfect dive to deflect the ball away.

Al Sadd doubled their lead when Muftah brought down Guilherme Torres resulting in a long-range free-kick. Cazorla curled in a free-kick that sailed above the Al Gharafa wall and dipped on the goalkeeper before bouncing.

In the 74th minute, Hanni despite under pressure from defender Abdelkarim Hassan, found Koo with a neat cross and slipped in the ball from touching distance of the goalline. Koo charged into the Al Sadd box and fired home with a powerful shot.

Ten minutes later, Afif produced a deft left-footed flick from an acute angle into the top of the net for his fifth goal of the season.