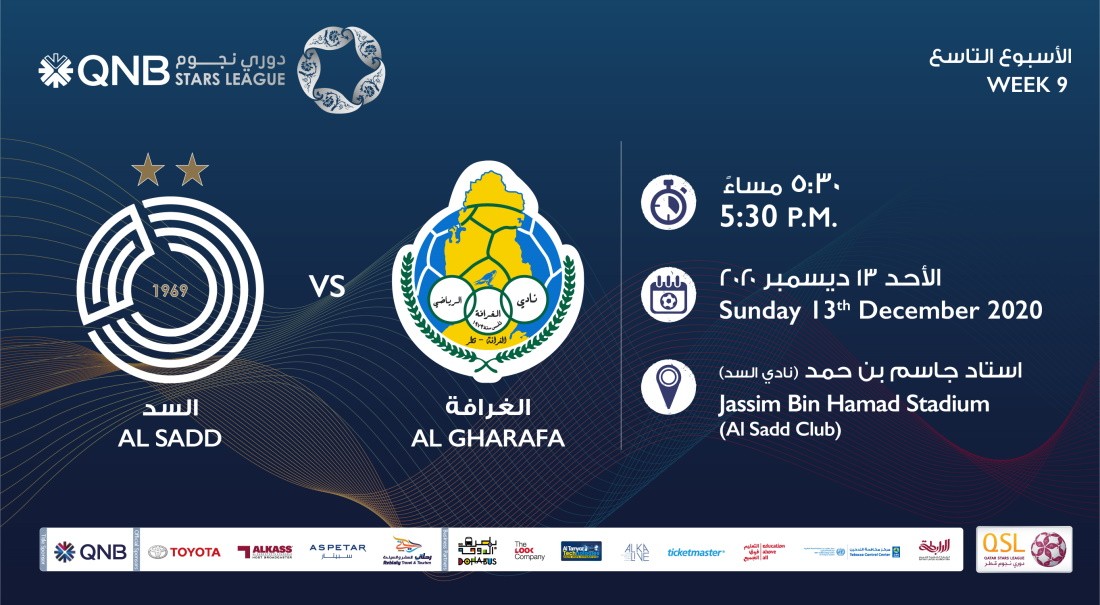 The clash between the top two teams is the ninth round’s marquee fixture.

Table toppers Al Sadd (22 points) will not want any let-up in their bid to regain the coveted league shield, while Al Gharafa (18 points) are also having an outstanding run.

Al Sadd extended their winning streak by defeating Al Wakrah 4-1, while Al Gharafa breezed past Al Ahli 4-0 in the previous round. So both teams are on a high. In the process, Al Gharafa displaced Al Ahli from the second position.

Al Sadd are also the only unbeaten side so far in the tournament. They have seven victories and one draw to their credit. The Wolves have a goal difference of +24 (31 goals for and seven against), which is the most by any team.

Al Gharafa have six wins and two defeats against their name. The Cheetahs have a goal difference of +11 (22 goals for and 11 against), the second-best in the tournament.

Al Sadd have the best offensive line-up in terms of the goals scored. Al Gharafa come next.