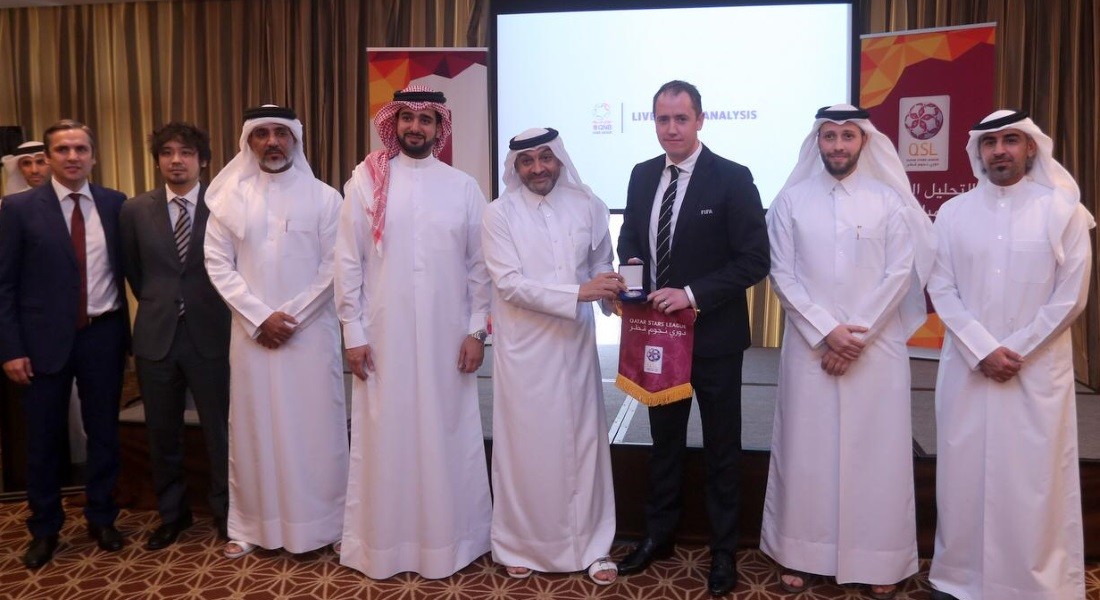 Keeping pace with the latest developments and as part of embracing technology and innovation for the benefit of professional football in Qatar and QNB Stars League, the Qatar Stars League (QSL) launched ‘Live Match Analysis’ system to become the first in Asia to do so and second in the world, after the Danish league.

The system will be implemented from Week 20 of the QNB Stars League in all matches. A similar system was used at last year’s FIFA World Cup in Russia, but the QSL will use it after making some modifications.

Mr. Hani opined, “This project is backed by modern technology and innovation, through which we can deliver the best levels, results and performance in football. We’re proud to use such innovative technology to help trainers work more efficiently within the system, which is essential for all of us. It’ll benefit Qatar football in general.”

Mr. Mansoor said, “We’re proud to be working with the QSL and this new system coincides with football development. Ours is the first league in Asia to use this advanced technology and innovation and that’s a great achievement for professional football in Qatar. We’re incorporating everything that’s new and sophisticated.”

Mr. Abbassi commented, “We aim to introduce this new technology and innovation to provide the players and clubs with technical support, in line with the Vision and Mission of the QSL. The unique system will contribute towards the enhancement of technical levels and offer solutions to coaches during matches. We welcome everything that is innovative and helps the development of football in Qatar. We’re planning to develop such technologies further through research and want to place QSL as the pioneer in football development technology and innovation.”

Loxston said, “The State of Qatar is a pioneer in the development and use of modern football systems, which is in line with the aspirations of FIFA. It’ll help in the game’s further growth technically and tactically as well as players and technical devices.”

The coaches and other attendees praised the technology and innovation, and expressed their admiration and interest in it. They pointed out that the system would contribute significantly towards development of the game’s technical level.