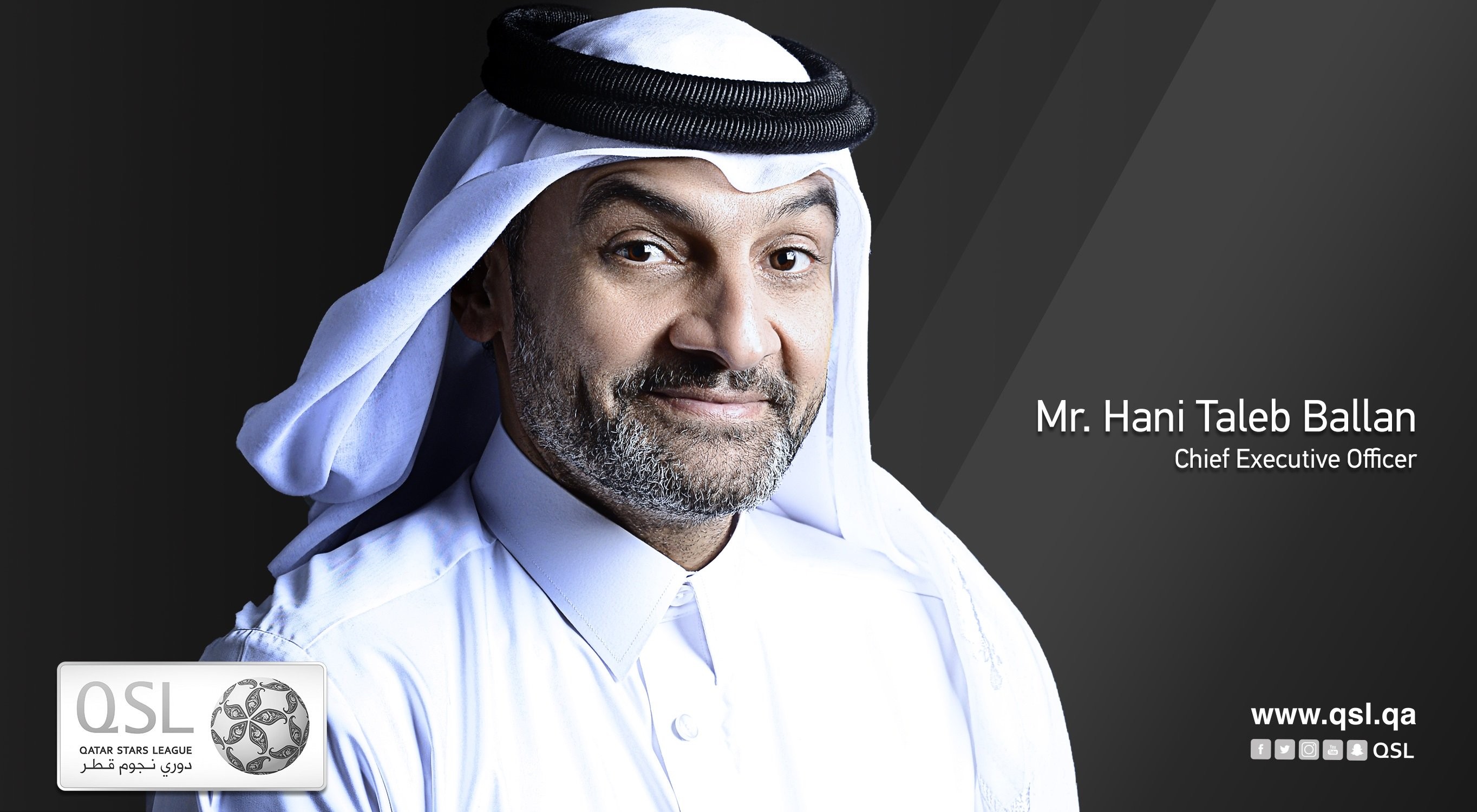 Mr. Hani Taleb Ballan, a member of the Executive Committee of Qatar Football Association and CEO of Qatar Stars League (QSL) gave his takes on the Qatar Football Association’s (QFA) decision to resume the domestic football activities in the 2019-20 season between 24th July to 26th August, following a circular from the Qatar Olympic Committee for sports federations to complete the current season’s competitions after 20th July, taking into account the precautionary measures and instructions issued by the authorities concerned in the country.

This came in response to journalists’ queries through the media offices of QFA and QSL, where everyone was informed regarding all measures taken by both entities about the process of resuming football matches that have been suspended since mid-March due to the spread of Coronavirus (Covid-19).

Mr. Hani said the decisions were taken based on an integrated plan developed in consultation with all authorities concerned, be it the QFA, QSL or Ministry of Public Health.

In the beginning, the QSL CEO reviewed the decisions taken in line with the directions adopted by the country to combat the spread of Coronavirus, as it was earlier decided to hold the matches closed doors since 11th March before the football activity was completely stopped since 15th March. It was then extended till 31st May, before the QFA decided to resume activities between 24th July and 26th August, and the players were given vacation from 17th May to 7th June, provided that players, technical and administrative staff would undergo Coronavirus tests on 8th and 9th June, and training sessions start on 10th June.

When will the QNB Stars League resume?

The QNB Stars League will be completed from 24th July to 26th August. The QSL will issue circulars for the dates and stadiums of league matches in after co-ordination with the Supreme Committee for Delivery and Legacy and Ministry of Culture and Sports.

Will the league be completed with the relegation system?

The QNB Stars League will continue to be played in the usual format, with remaining five rounds. Relegation will be applicable in line with the QFA’s regulations only.

Will the five substitutions and VAR technology be applied?

The QFA will implement the five substitutions approved by FIFA recently and VAR during the matches.

What’re the measures that the organisation will take during matches, from the media point of view?

There’re a number of media measures that will be followed during the resumption of matches, according to co-ordination between the departments of QFA and QSL, whereby Press conferences for clubs before and after the matches will be cancelled and statements will be issued through social media platforms of clubs, QSL and QSL. We’ll only have post-match interviews on the field via the Host Broadcaster and social distance will be maintained between the broadcaster and players.

Photographers will be allowed access to a special area in the media zone, while maintaining the social distance of one-and-a-half metres - between one photographer and the other. Journalists will not be allowed to enter the stadiums where the matches are held, provided that they will cover through the broadcast TV channels.

What’re the medical procedures or protocol that will be followed?

How about spectator attendance?

This matter is subject to an assessment of the situation during the months of July and August. According to that, an appropriate decision will be taken that preserves the safety of everyone, hoping at the same time that the matches will be held in the presence of fans.

How’ll you deal with players and people found to be infected by the Coronavirus?

It’s certain that preventive measures will be taken immediately by the medical authorities and these cases will be dealt with according to the medical procedures approved by the Ministry of Public Health.

Finally, how about the transfer window and player registration for the 2020-21 season?

The QFA, being the competent authority, will determine the transfer period for players and registration for the 2020-21 season, as it’ll issue a circular explaining all aspects of the registration process and its dates.

Last but not the least, our thanks and appreciation go to all those who are at the forefront of the battle against Coronavirus. I wish everyone follows all necessary procedures and measures in order to tide over this crisis and get back to normal life.